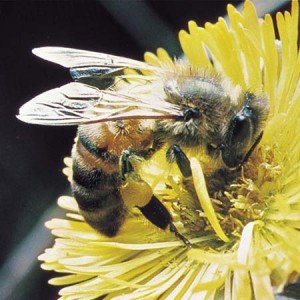 By Whole Food Supermarkets, Special for US Daily Review.

The honey bee may be small, but it plays a mighty role in pollinating more than 100 fruit and vegetable crops across the world.  With massive declines in honey bee populations, biodiversity and the future of our agriculture system and gardens are all being threatened.

“Bees pollinate a third of our diet, yet they’re literally vanishing from their hives,” says Cheryl Galway, marketing director for Whole Foods Market’s South region. “Many people have no idea that honey bees play an essential role in our agricultural system. By raising awareness of the issue we hope to motivate people to take action and share many ways they can be a part of the solution.”

Here’s how. In June and July, Whole Foods Market shoppers can:

With supplier and shopper support, Whole Foods Market is working to raise $180,000 to restore pollination habitats that Xerces will support.  Both organizations also teamed up in May to host an educational webinar for over 100 of grocer’s farmers to learn about habitat restoration solutions for their farms.

“Pollinator conservation is critically important to protecting both global biodiversity and agriculture, but they’re increasingly at-risk from factors like habitat loss and pesticide use. Through this partnership with Whole Foods Market, we’re expanding public awareness about the importance of pollinators and empowering farmers nationwide to help protect them,” said Eric Mader, Assistant Pollinator Conservation Director at The Xerces Society.