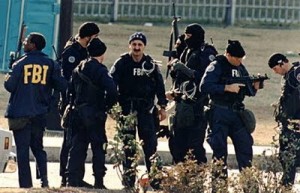 Recently the Department of Justice launched armed raids against one of America’s most famous guitar manufacturers, Gibson Inc. This raid is only the latest incident in what has been a contentious few years between the company and the government. At issue is whether Gibson violated new provisions of the Lacey Act amended by the 2008 Farm Bill. This bill makes it illegal to transport or possess protected wood species from non-certified sources even if you are unaware it is non-certified. This law refers to American as well as foreign countrys’ laws.

In other words the onus for enforcing foreign laws has been put on American companies. The law purposely does not include a mens rea (criminal intent) requirement. In other words if you believe the country of origin for your wood is India, but it is found to be Madagascar, then you are subject to confiscation, fine and jail time. The paperwork filing process and procedures for this law are so complicated that a whole new cottage industry has arisen of companies that assist manufacturers and distributors in Lacey Act compliance. Kind of a jobs bill I suppose. Furthermore, the bill states that simply possessing illegal wood, even without knowledge, can result in confiscation, fines and jail. Therefore if the guitar in your closet that Uncle Jim left you in his will, has a protected species of wood on the fingerboard the federal government could confiscate it, fine you and put you in jail.

How, you may ask, do we get to a place where the federal government can rummage through our closets, confiscating property made before laws restricting it were even drafted? As usual, it all starts with good intentions. It proceeds with bad legislation. It is confirmed through erroneous court decisions. And finally it morphs over many years with many amendments and multitudes of regulations written by Washington D.C. bureaucrats without regard to common sense, economic impact or constitutionality.

The Lacey Act first passed in 1900 and was signed into law by President McKinley primarily to protect endangered animal species from being killed in violation of state laws & subsequently transported across state lines. Ironically, the initial court cases upheld the States rights to ownership of its resources and the Lacey Act only intended to assist states in enforcing their laws. After the Environmental Protection Agency began listing endangered species, the federal government then flipped, deciding that some species of plants and animals are too endangered to entrust states with, and basically granted itself rights to state property. That’s another article for another day.

The natural state of all government intervention into commerce is to incrementally grow its influence until it becomes oppressive and corrupt. Due diligence is never taken to scale back federal authority to prevent overstepping Constitutional bounds. Sadly, courts have upheld much of this restrictive legislation regardless of Constitutional gravitas. In a recent report by the Federalist Society, it was found that there are at least 4,000 federal regulations that carry criminal penalties. All businesses in America must ensure they comply with these regulations on the threat of fines and/or jail. The federal government has become a behemoth of complicated regulation restricting all facets of commerce, many concerning environmental issues real and imagined. Most of this bureaucracy not only has nothing to do with keeping interstate commerce regular; it in fact impedes interstate commerce, in direct contradiction of Congress’ Constitutional duty under Article I section 8, the commerce clause; the exact clause they repeatedly use to justify their interference.

It’s a good thing that the Department of Justice doesn’t have something better to do; like perhaps investigating how the Bureau of Alcohol Tobacco and Firearms (ATF) allowed the sale and transportation of weapons to Mexican drug cartels, eventually used to kill an American Border Agent. Lucky for them, they didn’t kill a tree.

Keith D. Rodebush is a Christian, a businessman, a writer and an armchair scholar. He has a Bachelor of Science in Architecture from the University of Arkansas. Keith is currently working on a novel and periodically writes at his blog “Ignarus Semino Dominatus”.