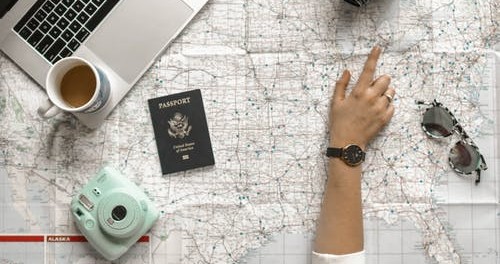 The Argentine Northwest is a must when traveling to Argentina. The Iguazu Falls and Patagonia are probably the best known destinations when talking about Argentina.

If you already visited Buenos Aires and tried an Argentina Spanish school, then you are ready to travel around the country and discover magic views.

The Argentine Northwest has not been outdone. Indeed, this fantastic place will also fill your camera with extraordinary shots. This photo below, taken in the province of Jujuy, is the perfect proof!

Once upon a time in argentina northwest: Salta

First of all, which says Argentine Northwest says Salta. Indeed, this city, which has more than 500,000 inhabitants is a must. Founded by the Spanish in the 16th century, it is one of the few cities to have preserved an almost homogeneous architectural heritage. And what a heritage!

Salta Cathedral is one of its masterpieces. Dominating plaza 9 de Julio (one of the main squares in the city), it is dedicated to the great figures of war. Completed in 1878, you will be amazed by its beauty. It contains, for example, the ashes of General Martin Miguel du Güemes, a resident of Salta, hero of independence.

The city also has a large number of museums. For example, you can admire the Alta Montaña Archaeological Museum (MAAM). It mainly traces the different aspects of the Inca culture. Among others, there are the famous mummies of Llullaillaco. And one can also discover some surprising traditions. You can also go to Pajcha. This is the Museum of American Ethnic Art which will immerse you in Indian culture. Or the Museum of Contemporary Art, the Historico del Norte Museum…

In addition, you can see the city from a magnificent point of view on the “Cerro San Bernardo”. Accessible by cable car from Saint Martin Park or on foot from the Anthropology Museum for the bravest.

The southern of Salta

Between Salta and Cafayate, there are many stopovers to consider. If you are a lover of national parks you can go to Los Cardones National Park. Or admire the Cuesta del Obispo. And finally the Recta del Tin Tin. You can admire many cardonas (Cacti) there and climb up to the highest point, Piedra del Molino.

In addition, you can make a stopover in the small typical village of Cachi. Indeed, it has kept the vestiges of colonial architecture. On the road, admire the famous Quebrada de las Flechas which offers a strange landscape of fossilized dunes. Then follow the red waves of the Rio Calchaqui. And stop at your last stop in San Carlos before arriving in Cafayate.

Cafayate is a city built in the middle of an oasis. Second wine region of Argentina by quality, it will delight lovers of nature and wine. Numerous vines surround this southern part of the Salta region.

There are several possibilities for you to go to the Jujuy Province. This part of northern Argentina (very close to the Bolivian border) is breathtaking. The famous “Tren a las Nubes” can take you to San Antonio de los Cobres. This city is located at more than 3700 meters above sea level and known to be at the intersection of national highway 40 and highway 51 towards the Chilean border.

However, do not advise you to go by road any more. Be careful however, the roads are not very passable so you have to go with a guide or by 4X4. From San Antonio de los Cobres you can then go directly to the salt desert, go to the Quebrada de Purmamarca and finally return to Salta.

Otherwise you can visit Jujuy province from Salta by going directly to Purmamarca. Enclosed at the foot of the famous “Cerro de los Siete Colores”, the mountain with 7 colors known to diffuse different colors depending on the time of day.

Then do not hesitate to go to the typical village of Tilcara. Many traditions and customs have been preserved, which is why it is worth going there.

Likewise it is a very good base for exploring the famous Quebrada de Humahuaca. For the bravest, it is also possible to go to Iruya, a small village cut off from the world located at more than 2700 meters above sea level. This being so, take into account that it is necessary to add almost 400 kilometers round trip to get there from Humahuaca.

Now you can get everything ready for discovering incredible views from this amazing country!