By the Price of Business show. US Daily Review Radio Partner. 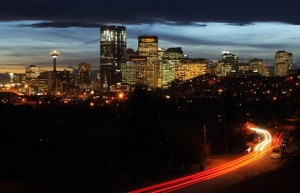 Recently Kevin Price (host of the Price of Business show and Publisher/Editor in Chief of US Daily Review) interviewed Professor Bob Lawson of Southern Methodist University on his recent study on economic freedom in North America.  In the report, this economist compared the economic environment of all 50 United States and the provinces of Canada and to Price’s surprise the freest area is not in the United States.  According to his biography:

Lawson is the Jerome M. Fullinwider Chair in Economic Freedom in SMU’s O’Neil Center for Global Markets and Freedom. He is also co-author of “Economic Freedom of the World.” Information concerning Lawson’s research is available on theFree the World website.

From 2008-2011 Lawson was an associate professor in the Department of Finance and director of the Economic Freedom Initiative at Auburn University. From 1996-2008 he taught at Capital University in Columbus, Ohio, where he held the George H. Moor chair.

Lawson is co-author of the “Economic Freedom of the World” annual report which provides an economic freedom index for over 140 countries. He has been published in several journals including Public Choice, Cato Journal and Kyklos. He earned his bachelor’s degree in economics from the Honors Tutorial College at Ohio University and graduate degrees in economics from Florida State University.

Watch that interview in its entirety and learn where people are the most free economically in North America.