By Mona Pearl, Special for US Daily Review.

Includes excerpts from Grow Globally: Opportunities for Your Middle-Market Company Around the World.  By Mona Pearl.  Reprinted with permission of John Wiley & Sons, Inc. 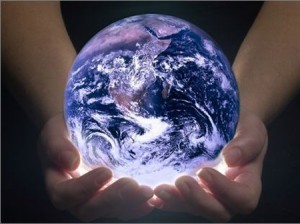 One of the main challenges of the U.S. economy is mind-set. As trade borders become seamless and the world becomes more dependent on technology, U.S. companies and their executives must scramble to acquire the tools and skills necessary to survive and thrive in the increasingly competitive global market.

I recently attended a Chicago Council on Global Affairs event where Thomas L. Friedman discussed his book, That Used To Be Us. According to Friedman and co-author Michael Mandelbaum, America is in trouble. Globalization, the information technology revolution, chronic deficits, and the nation’s excessive energy consumption are all major challenges facing the country today. Moreover, the current political factionalism in Washington has undermined the United States’ ability to tackle these dilemmas and further threatens the country’s position as a global leader.

Is that all? And what else?

What stands in our way to succeed is mind-set. The basic reason for our nation lagging behind and suffering from a negative recovery, and a much slower one than other nations, is our own unwillingness to play in the sandbox with the other nations in this new economic order.

Or, is it that we are so spoiled that we don’t know how? I am not talking about simply leading the world when there is no competition, the way it used to be. My point is that the power in the world has shifted and we are no longer alone at the top. A number of nations have emerged and taken a portion of our place in the limelight so we now need to learn to collaborate, instead of dictate. We are a valuable leader, but not the leader of everything anymore. Is it arrogance? Ignorance? Or a bit of both?

U.S. companies can thrive, lead and succeed, but need to acquire a few skills to help them navigate in this new global economy. Historically, the U.S. has been the leader in the world’s economy. As we enter the second decade of the 21st century, that position has changed. We’re not even second or third! According to the 2010-2011 Global Competitiveness Report, the U.S. ranks fourth, behind Switzerland, Sweden, and Singapore.

Fueled by our rugged individualistic and isolationist heritage, it’s no surprise that collaboration across international borders requires a significant level of reconditioning. The United States must move beyond the “us-against-them” approach and recognize that a prosperous world translates to more business for U.S. companies—a win-win situation for all. This attitude is necessary for the United States to maintain its long-standing and valued leadership in the world. Fortunately, with a large dose of commitment, mindset can be corrected, and this challenge can be overcome. How quickly depends on how serious American companies are about joining the global marketplace. As proven in previous decades, when American business embraces challenge, it finds success.

While it is tempting for U.S. businesses of all sizes to focus and dwell on the many overwhelming issues of the day, such as weak economic growth at home, an uncertain credit crisis, a shrinking pool of skill and talent, and increased foreign competition, the fact remains, these issues are not within the control of corporate management. Instead, corporate leadership must take one large step back and look into the global marketplace to discover new opportunities and new avenues to generate future growth. While larger corporations have more resources to invest in exploiting these new opportunities, smaller companies are more agile and can more readily adapt to change.

Let’s think about it: How does isolation, constant self-praise, and ignoring the rest of the world by not wanting to learn and accept the new order going to help the United States of America thrive? Especially in a global economy where trade borders become seamless and the world becomes more dependent on technology. Executives, as well as other leaders, need to scramble to acquire the tools and skills necessary to survive and thrive in the increasingly competitive global market. We were the stars when there was no competition. Yet the game, the rules and the players have changed and we are still playing the old game, with the old rules, thinking that the players will just adapt.

New game, new rules, new players and the power has shifted. For evidence of the power shift, just look at the meaning of “10 percent.” In China, 10 percent equals the rate of economic growth. In the United States, 10 percent equals the rate of unemployment. That’s quite a contrast! If current trends continue on the same trajectory, in just 10 years the economies of the emerging world will exceed $20 trillion, which is equal to the size of the U.S. economy today. This is the new world order. Naturally, some will look at this shift as a threat. But look again.

Locke, the former Secretary of Commerce just stated that 95 percent of consumers are going to be outside the United States in 10 years: “With traditional drivers of U.S. economic growth like consumer and business spending facing stiff headwinds, it has never been more important for our companies to increase their sales to the 95 percent of the world’s consumers who live outside the United States,” said Locke. Not to mention that 73% of the purchasing power is outside of the U.S. How do we plan, as a leading nation, to take advantage of that?

While the West faces some real challenges, it still constitutes more than 60 percent of the global economy, supports the world’s global institutions, and possesses fundamental strengths, such as strong innovative capacity, large open markets, strong rule of law, and the world’s best higher education institutions. For these reasons, the United States is likely to remain the single most powerful player. However, the United States’ relative strength—even in the military realm—will decline and U.S. leverage will become more restricted as emerging powers rise up and compete for dominance.

In addition to changing players, the game itself is changing with emerging transnational issues such as changing climate, growing demand for energy, food, and water, and an aging population in the developed world. Individually, any one of these emerging issues would change the nature of global business play. Combined, these issues promise to turn the playing field upside down in what could be a historically unprecedented age of prosperity, especially for those who develop solutions for these and other global issues. These solutions will be the foundation for continued global prosperity.

Time to grow up.  You were successful in college and were voted for the one most likely to succeed, but how many just don’t cut it in the real world? One needs other skills to be successful in life. We are a young nation with relatively young tradition and values. In order to succeed we need to observe, adapt and take in some lessons from others that have worked very hard to gain leadership, and took lessons from us.

What happened to our traction?  In sports, coaches and managers teach players to keep their eye on the ball in order to be successful. The same is true in business, politics and any leadership position. When companies are focused on success, the organization will track in that direction. If they take their eye off the goal, even for a minute, they risk failure. America fell behind because we didn’t keep the eye on the ball and were in tune with developments around the world. The way to stay focused requires setting clear objectives, identifying relevant metrics, and continually measuring, tracking, and managing people and assets. This is how a nation, as well as companies, achieve, maintain and sustain success.

We used to have our education system, entrepreneurship, drive, and free spirit as our competitive advantage. We still have it. The U.S. is still the place where people from all over the world come to learn in our educational institutions and to copy and perfect our entrepreneurship models, but what cannot be transferred is the spirit of America. The spirit that everything great we did was built on. How about starting with this competitive edge and building on it?

It is time we get rid of the illusion that things are going to go back. There is no going back, only forward. We need to refine our skills, adjust our mindset, reaffirm our focus, retest our strategy and modify our direction.

Ultimately, successful global leadership is dependent on the ability to view the world in a new way. In this increasingly complex and competitive global environment, exceptional skill is needed to evaluate the options, manage the risks and execute a winning expansion strategy. Winners will reap the benefits, while expanding and executing growth strategies more quickly and more effectively than their competitors. What was will not return. There are new players and new rules in this global economy.

Be fast, flexible, innovative, motivated and enjoy the adventure! It’s a big world out there with lots of potential for the ones with a keen entrepreneurial spirit. The American way!

Mona Pearl is the author of Grow Globally: Opportunities for Your Middle-Market Company Around the World, has been quoted as an expert by CNBC, The Globe and Mail, Oracle, Chicago Tribune, NPR/WBEZ, Microsoft, Bloomberg, Entrepreneur.com, and Crain’s Chicago and regularly publishes columns on global competitiveness in industry magazines, including Manufacturing Today and Management Today. For more information, please visit www.monapearl.com.