A study released recently by the Pew Charitable Trust looked at the dismal shape of retirement planning for Generation X’ers.  Sometimes called the “slacker generation”, the Gen X’ers who were born just after the baby boom are beginning to see that they are not even close to prepared to provide a comfortable retirement for themselves.   This lack of funding will add to the United States’ looming debts and deficits in the years to come as this generation begins to drawn upon federal resources for their very survival when their productive years have passed.

What happened?  We have all heard about the “dumbing down of America” that has taken place over the past 50 years; right?  Well it seems to be manifesting itself in a coming tragedy that will swallow up a huge percentage of our population.   Those people born between 1965 and 1975, the Gen- X’ers are finding themselves totally unprepared to provide for themselves the financial resources they will need to retire anywhere near the age of 65.  Most professionals agree that a comfortable retirement matches between 70% and 80% of a person’s pre-retirement income.  The Gen-X’ers are currently looking at replacing less than 50% of their pre-retirement income because even more than their parents baby-boom generation, they are loaded up with credit card debt, student loan debt and a complete lack of savings with the average being only $33,000.  Considering they are most certainly at least in a pre-retirement planning phase (aged 35 to 45), they are nowhere near prepared to begin putting away the retirement nest-egg they will need.   This massively important issue leads to three questions; how did they get in this sad shape; how do they get out of it; and what are the ramifications if they don’t? 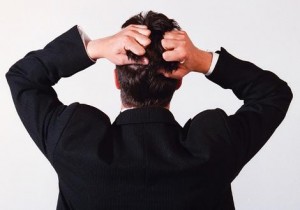 The first question is relatively easy to answer.  Growing up during the 70’s and 80’s, this generation enjoyed a wildly growing economy, the collapse of the Soviet Union and the growth of incredible new technology.  More of them went to college than any generation before them and more of them felt entitled to enjoy the material wealth that could easily be theirs – if they were just willing to borrow to get it.  New cars, McMansions, vacations … all of it could be theirs with the acquisition of the new Visa Card.  Furthermore, this generation was NOT taught the fundamentals of money management either through life experience of the experience of their parents.  Whereas the prior generations parents had been massively impacted by the Great Depression, the Gen-Xer’s parents had lived in prosperity their entire lives and while they had learned the lessons from their Depression Era parents, they failed to teach their kids the same lessons instead looking to “let them enjoy their childhood” and giving them all the toys they could to at least in part make up for the dying American family.  So the cause is relatively easy to see.

The solution to this impending doom is available to us and it’s no more than the simple idea of education!  The Gen-Xer’s must become educated in Financial & Economic literacy and begin today implementing plans to reduce their debt, boost their savings and put themselves on a strong path to real prosperity.  A 40 year, starting with $33,000 and earning an average American wage can still put away over $1.2 million by age 65 if they learn some basic financial concepts.  The challenge then is not whether or not a solution can be implemented; the question is whether that solution can be communicated to these people in need?

The ramification of this if it is not solved is enormous.  With $17 trillion in current debt, another $1 trillion being added each year, and up to $100 trillion in unfunded liabilities, the additional burden that will be placed on the federal treasury could very well be the straw that breaks the back of the U.S. financial system.  As the baby-boomers retire and draw upon Social Security and Medicare, there will be little or no cushion left when the Gen-Xer’s begin to retire and therefore the payment to them of their benefits will come from either massively increased taxation or on massive inflation caused by continued printing of money.  Neither option bodes well for the prosperity of the U.S.  Furthermore, as this generation begins to face retirement, they will undoubtedly vote for politicians who do no more than promise them more benefit as they will truly need them.  This will cause a further generational rape of the younger people in America which will add to the financial woes with social unrest.

We must today reach out to the Gen-Xer’s and help them build their own lives by providing them the tools and resources they so desperately need to understand finance and economics and thereby build for themselves a path to prosperity.

For more information about Steve Beaman and the Society for the Advancement of Financial Education, click here or email info@USDailyReview.com.