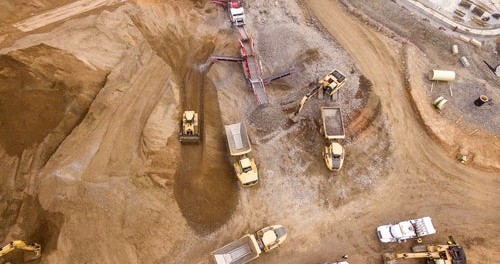 The mining industry is constantly evolving. The needs are changing: coal is down; gold and copper are increasing. As we now reach the second month of 2019, what mining techniques could we see evolving in 2019? Here are our projections.
Diamond core drilling

One of the exciting new techniques we can expect to see more of in 2019 is the utilising of thin kerf and lightweight systems. Diamond Core Drilling is one system that uses these methods to allow for larger core samples to be retrieved. This larger sample can be taken either from the same sized hole or from increased depths to give a better projection of what lies beyond.

Unfortunately, the mining industry has seen another huge disaster recently and there now seems to be an urgent need to find methods of mining that eliminate people from danger altogether. Automation is the topic hot on the lips of almost every sector of industry at the moment and it’s becoming ever more of a presence in mining. Sites are frequented with autonomous trucks and automated haulage systems. Some companies are unveiling plans to introduce ‘intelligent mines,’ which would be packed with driverless trains, trucks and robots. Far from putting humans out of work, professionals say that this technology will need proficient workers to use it to continue to decrease risk in working mines. These automated machines are allowing producers to drill deeper with narrower shafts, allowing access to areas inhabitable for humans.

In a similar vein to automation, virtual reality is an increasingly popular technique. It has been used in four mines to date, and its myriad benefits will probably mean that this number will soon rise further. Virtual reality blast walls are intended to reduce risk by practising on a simulated virtual reality mine first. If miners have not made accurate measurements or have not chosen the right place for their positioning of explosives, rocks can fracture in unforeseen ways, creating a danger within the mine and above the surface. These VR blast walls allow for these measurements to be practised and honed before the real operation is underway.

Having an ethical, environmental conscience is a priority that a lot of industries are looking to increase. In 2019, ‘Green Mining’ could become a technique to target any negative environmental connotations currently associated with this sector. In a mine in China, a commitment has been made to increase mining recycling rates to 85% for mixed rare earth minerals and pure monazite mining has been banned because of its high concentration of radioactivity. A new extracting system that can completely treat wastewater and solid wastes for toxic and radioactive elements has been introduced to Bastnaesite mining.

The one common theme among all of the mining technique projections we are currently looking at is a strong focus on ethical techniques: whether removing humans from potentially hazardous situations or trying to utilise more environmentally friendly methods.

Whether or not the increase of automation will put people out of work so far remains to be seen, but we’re already excited to see what other developments arise in 2019.