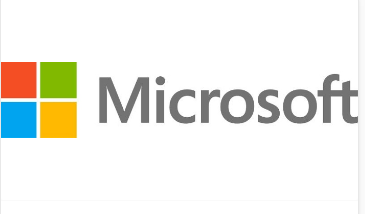 Microsoft Corp. on Wednesday announced that the Windows 10 Anniversary Update is coming to all Windows 10 devices — for free1 — on Aug. 2. Windows 10 continues to be the fastest-growing version of Windows ever and is now running on more than 350 million devices. The Windows 10 Anniversary Update has all-new breakthrough features that bring Windows Ink and Cortana2 to the mainstream; a faster, more accessible and more power-efficient Microsoft Edge browser; advanced security features for consumers and enterprises; new gaming experiences; and new tools for the modern classroom. To help protect businesses from today’s modern threats, Microsoft also announced two new security features for enterprise customers: Windows Defender Advanced Threat Protection and Windows Information Protection, formerly referred to as enterprise data  protection.

“When we introduced Windows 10, our vision was not only to deliver the best and most secure version of the OS ever, it was also to create an experience that would keep getting better,” said Terry Myerson, executive vice president, Windows and Devices Group. “The Windows 10 Anniversary Update is a great example of this — and we look forward to building on it even further in the  future.”

New deals, plus security, productivity and fun features for  consumers

To celebrate the availability of the Windows 10 Anniversary Update, Microsoft is making it easy for everyone to enjoy the great new features with special offers. Students can save $300 when they purchase an Xbox One and Surface3 or get a free TV when they purchase a Dell PC over $699.4 Plus, consumers can get $150 off select HP5 devices or $100 off select ASUS6 and Samsung  devices.

The Windows 10 Anniversary Update is full of innovations that help people be more productive, stay safer online — and, of course, have fun too.

Building on the existing security features in Windows 10 are these two new security benefits for enterprise  customers:

One of the best ways to get the Windows 10 Anniversary Update is to upgrade to Windows 10 before the free upgrade offer endsJuly 29, 2016. More information can be found at https://www.microsoft.com/windows/windows-10-  upgrade.

1 Hardware and software requirements apply. Feature availability may vary by device. Some editions excluded. More  details athttps://www.microsoft.com/en-us/windows.
2 Cortana available in select global markets at launch; experience may vary by region and device.
3 This offer will be valid for seven weeks, beginning on June 29 and ending on Aug. 14. This offer is limited to students only and is not eligible for commercial purchase. Students should review the Microsoft Store verification methods here to prove they are eligible for the offer. Limit one bundled offer per customer. This offer applies to all Surface Pro 4 and Surface Book models. This offer is valid in the United States and Canada exclusively at Microsoft Stores and microsoftstore.com.
4 Type of TV: 32-inch Samsung TV ($319 value). Customers can get details here at http://www.dell.com/us/p/free-tv-deals/free-tv-laptops.
5 More details at http://www.bestbuy.com/site/hp-spectre-x360-2-in-1-13-3-touch-screen-laptop-intel-core-i7-8gb-memory-512gb-solid-state-drive-natural-silver/4334300.p?id=1219732370298&skuId=4334300.
6 More details at http://www.bestbuy.com/site/asus-q524uq-2-in-1-15-6-touch-screen-laptop-intel-core-i7-12gb-memory-2tb-hard-drive-chocolate-black-aluminum-hairline-with-dark-copper/5216301.p?id=bb5216301&skuId=5216301.
7 Windows Hello requires specialized hardware, including fingerprint reader, illuminated IR sensor or other biometric sensors.
8 Cortana will initially launch on Xbox One in the U.S. and U.K. with additional markets coming at a later date.