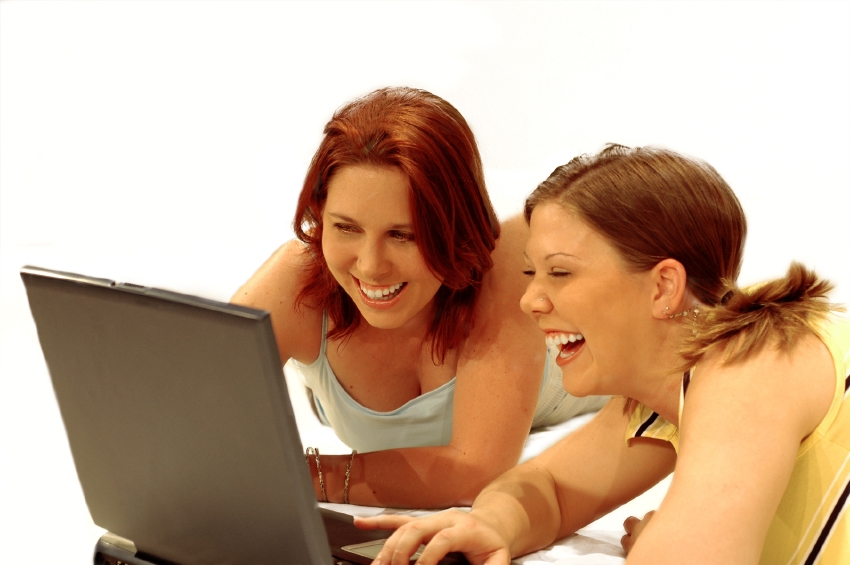 comScore has released its monthly ranking of U.S. web activity at the top online properties for July 2013 based on data from the comScore Media Metrix service. Back-to-school shopping was top of mind for many Americans in July, seen by a spike in traffic to Fashion and Accessories sites, as well as Consumer Goods sites for school supplies. Coupon sites also saw pickup as consumers went on the hunt for savings.  Most are use to seeing Google at number 1, but this report has a surprise for Google and all those who watch site traffic. 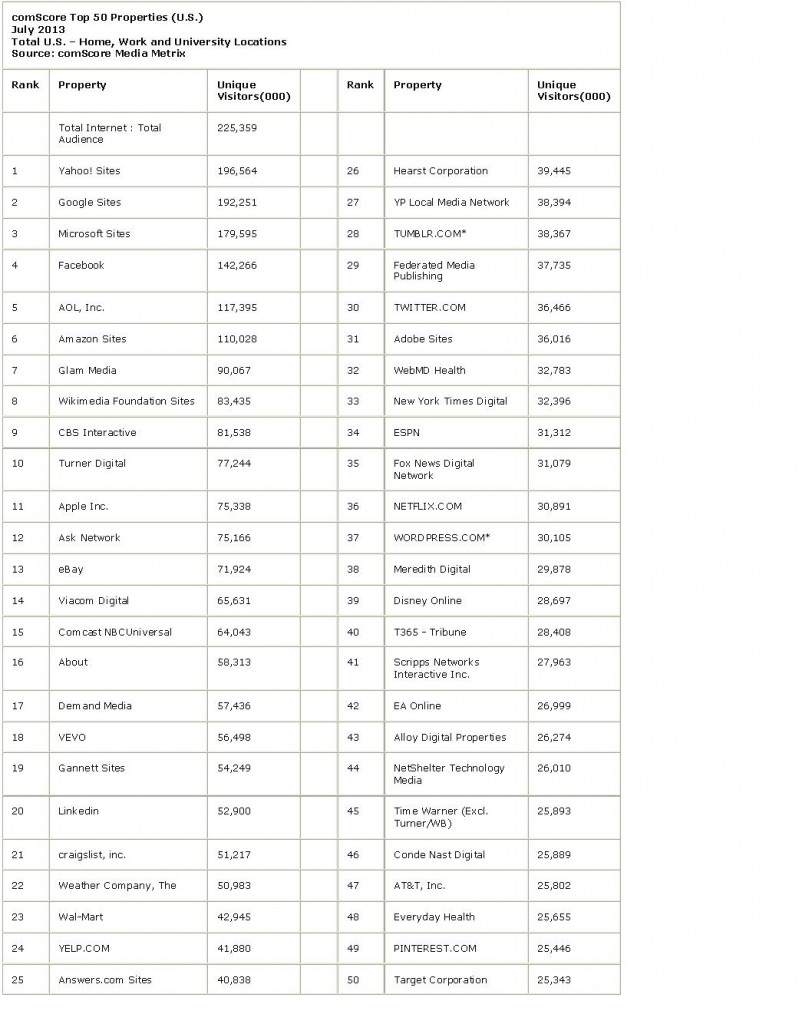 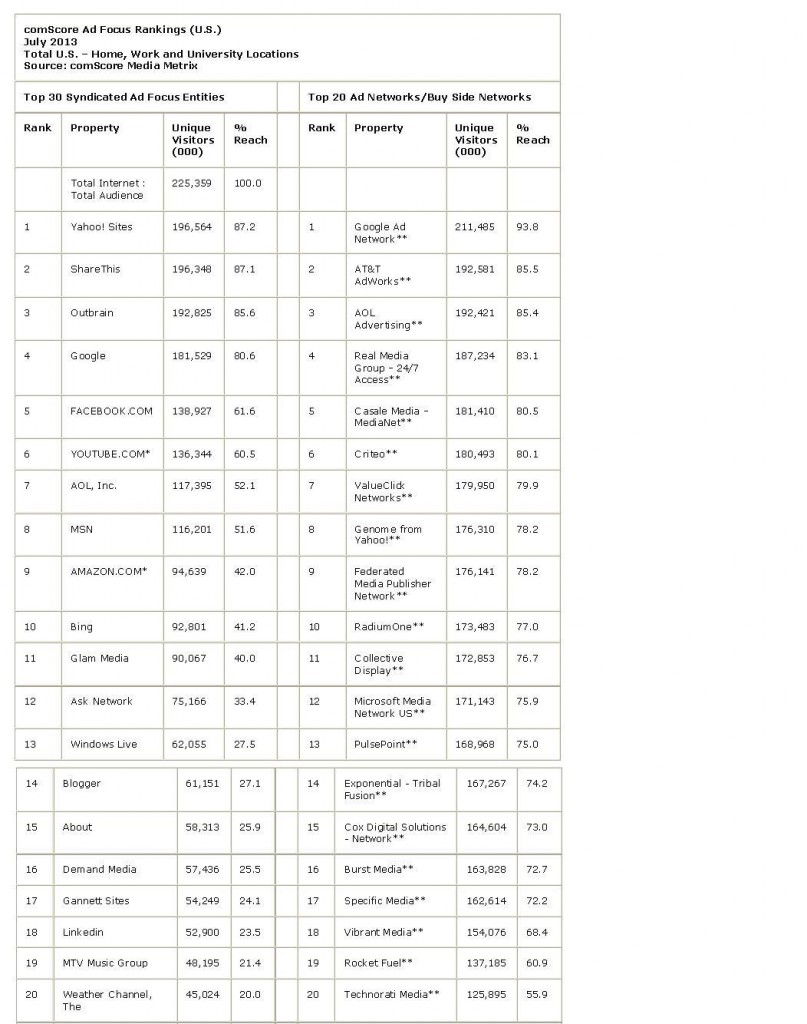 Reach % denotes the percentage of the total Internet population that viewed a particular entity at least once in July. For instance, Yahoo! Sites was seen by 87.2 percent of the 225 million Internet users in July.
* Entity has assigned some portion of traffic to other syndicated entities