At the same time, The Conference Board Coincident Economic Index (CEI) for Germany, a measure of current economic activity, declined 0.1 percent in June to 107.0 (2004 = 100), following a 0.2 percent increase in May, and a 0.3 percent decline in April. 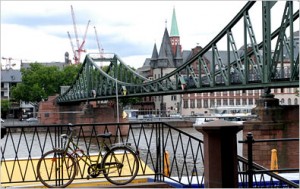 The Conference Board LEI for Germany decreased throughout the second quarter, and, as a result, its six-month growth rate has fallen back into negative territory. However, the strengths are still more widespread than the weaknesses among its components. Meanwhile, The Conference Board CEI for Germany decreased in two out of three months in the second quarter, but its six-month growth rate is still positive. Taken together, the recent behavior of the composite indexes for Germanysuggests that economic activity will probably continue to expand in the near term, though the rate of expansion will likely slow.

The composite economic indexes are the key elements in an analytic system designed to signal peaks and troughs in the business cycle. The leading and coincident economic indexes are essentially composite averages of several individual leading or coincident indicators. They are constructed to summarize and reveal common turning point patterns in economic data in a clearer and more convincing manner than any individual component – primarily because they smooth out some of the volatility of individual components.