By Bricktower Press, Special for USDR.

Jon Corzine and other leaders at MF Global walked into a disastrous situation with their eyes wide open. Now, respected Wall Street veteran Scott Skyrm offers a detailed account of what really happened, and why. The Money Noose: Jon Corzine and the Collapse of MF Global (Bricktower Press) is like a car wreck: it’s hard to look at, and at the same time, hard to look away.

“MF Global had the wrong business model and the wrong people, at precisely the wrong time….
We did not deal with our central problem of unprofitable core business operations and out-of-control overheads….” A senior member of the MF Fixed Income management team is just one of many sources insider Skyrm has uncovered to explain the self-inflicted collapse of MF Global. 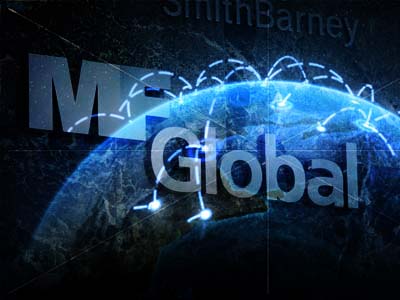 The demise of MF Global is a chaotic story, one in which individual actions taken in and of themselves are relatively minor. But the sum of those individual actions equal the same end result. Skyrm goes further, exploring the question of how investors can protect themselves from this outcome in the future. The best answer, he says, is education. Concise and informed, The Money Noose is a must-read for anyone who takes investing seriously.

Scott E.D. Skyrm is a leading figure in the repo and securities finance markets today, and regularly quoted in The Wall Street Journal, The Financial Times, Bloomberg News Service, Reuters, Market News, and Dow Jones. He is highly regarded as a former salesman, trader, trading desk manager, and global business head in fixed-income, securities finance, and securities clearing and settlement.

He recently left Newedge, where he was their Global Head of Repo, Money Markets, and Fixed Income Clearing. He is now writing commentaries on the repo market, the short-end of the Treasury market, Federal Reserve policy and general Wall Street topics. He has worked on Wall Street for over 22 years and has taken billion dollar risks on the trading floor, managed a multi-billion dollar balance sheet, and consistently ran one of the most profitable trading groups at every firm where he worked. Prior to Newedge, he managed the repo desk at ING Barings, worked summers at Shearson Lehman/American Express and started his full-time career at The Bank of Tokyo.