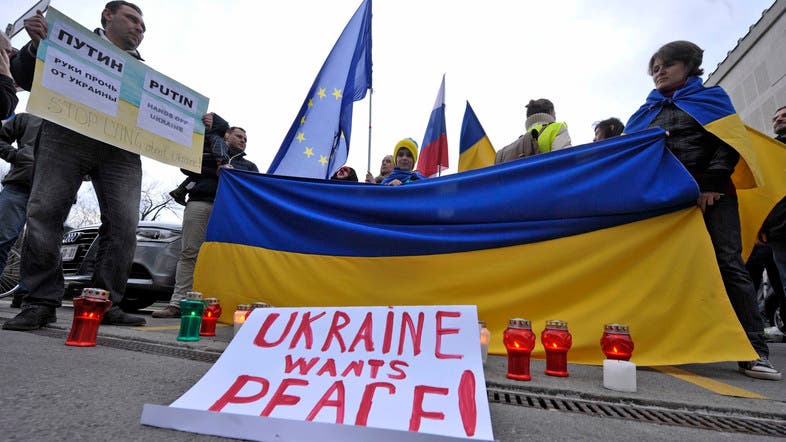 The word “tragedy” normally conjures up the thought of something dreadful or deadly that strikes an individual or a group of people.

Ancient Jewish texts describe a major event that gravely threatened the Jewish People. What then happened is that the nation’s leaders began to weep. The reason they wept was because they did not know what to do. Evidently, the calamity itself was less of a cause for weeping.

There is an important insight here. Indeed, large scale tragedies are terrible. Even more catastrophic, though, is leadership that does not know how to successfully respond to such events. An impending calamity that could be averted by a wise leader is not so terrible a threat – it can be stopped. But when national leaders do not possess the wisdom to stop the threat, it is a public catastrophe from which there is no succor.

To illustrate, in the mid 1930’s, Adolf Hitler began rearming his country and threatening Europe with aggression. Winston Churchill advised attacking immediately. Germany was then fairly weak, and an all-out assault by England and France would have almost surely succeeded with relatively few casualties on both sides. Instead, the British government of Neville Chamberlain chose to appease Hitler in the interest of peace.

Addressing the House of Commons, Churchill thundered, “You were given the choice between war and dishonor. You chose dishonor, and you will have war.” Those words proved sadly correct. The ill-advised appeasement enabled Germany to continue arming itself until it felt fully prepared to initiate major hostilities. It then invaded Poland and WWII began. Six years and more than 50 million casualties later, the war ended.

WW II was started by the Germans who were certainly morally responsible for what occurred. But, had Churchill’s advice been heeded, WW II would have been averted. However, Chamberlain’s foolish and naïve appeasement of Hitler was more deadly and tragic than whatever threat the Germans posed. It rendered the ensuing carnage impossible to prevent.

Over these last few days, some very good suggestions have been offered in the press and media on how to forcefully counter the Russians. Clearly, Putin’s Achilles Heel is the already shaky Russian economy. No dictator can rule a country without forging a coalition with two other partners, the heads of the army and big business. All three parties amass millions and billions through corruption, so they all have a shared interest in keeping the dictatorship going.

Accordingly, the Free Word should wage fiscal war on Russia. The Russian stock market has already begun to slide as a result of the crisis. Trade embargoes and restrictions on Russian international bank transfers could torpedo their economy and currency. If the two other unholy components of Russia’s ruling troika would start seeing their stolen billions evaporating, Putin would be forced to beat a hasty retreat to where he came from.

Another way to battle Russia financially is for the U.S. to abrogate the 2011 extension of the START (Strategic Arms Reduction Treaty) treaty. This would force Russia to spend a great deal more money on developing military technology. This is a proven strategy. Mainly, Ronald Reagan managed to bring down the entire Iron Curtain by forcing Russia into an expensive arms building contest it could not afford.

Energy is what gives Russia its power over Europe. Russia has a great deal of the stuff, and Europe desperately needs it.

Lamentably, the Obama Administration seems to be at war with U.S. energy production. In December, 2010, it blocked offshore oil exploration in the Eastern Gulf of Mexico and along the Atlantic Coast that promised to yield billions of barrels of oil and trillions of cubic feet of natural gas. Many feel that it is trying to cripple the coal industry by having the EPA regulate it to death. Finally by opposing the Keystone Pipeline, it is keeping huge amounts of energy away from Western markets.

Had all of this energy been developed and made available to the West, Putin’s hold over Europe would have been immeasurably weakened.

Another side of the story to consider is that for decades, the US has been maintaining troops in Germany and Italy at great cost to the American taxpayers. Presently, there are over 60,000 U.S. soldiers in Germany and 10,000 in Italy. Their stated purpose is to counter Russian expansionism. Well! Now that Russia is doing just that, why aren’t at least some of them being moved closer to the action? The presence of troops in Ukraine would demonstrate Western resolve. At the very least, it would further rattle the Russian economy and stock market.

Why else are those U.S. soldiers there? United Nations peacekeeping troops are known for leaving any region they are patrolling once the shooting escalates and they are placed in actual danger. If the U.S. military presence in Europe is of that ceremonial character, our taxpayers should be spared the expense and the troops brought home.

The fact remains that the Russian Army occupied the Crimean Peninsula and it is still there. The pretext for the aggression was that Crimea is home to many ethnic Russians. Several other republics around Russia have ethnic Russians as well, and this could be the start of a new round of brutal Soviet empire-building and another Cold War, Heaven forbid.

Rather than taking some of the forceful steps outlined above, the Western response to Putin has not been meaningful. President Obama and Secretary of State Kerry contributed some stirring words, but little that really inconveniences anybody in Russia. Actually, Mr. Obama also drew a red line early on in the crisis, but as in the case of his prior red line in Syria, nothing happened when it was crossed.

As for the Europeans, they didn’t even bother with the hollow rhetoric. They plan to continue trading and interacting with Russia as if nothing happened. They should have learned from the history of WW II that placating a despot bent on conquest will make things much worse for them, not better.

The Russian occupation of the Crimea is a catastrophic event, a possible harbinger of scary developments that could threaten world peace. Nevertheless, Putin’s thuggery could have been immediately stopped by a combined and determined Western counter reaction.

As such, the “no response” of the Western leaders is a far greater tragedy, one from which there is seemingly no escape. More than whatever Putin did, it will go down as the ultimate cause of any bloodshed or world mayhem that may ensue as a result of these events.