Recent graduates are secure and quite clear in what they want and expect from their jobs—and they are willing to move around to get it, according to a recent survey by Adecco Staffing US, a division of the world’s largest staffing firm. The survey shows that only 3 percent of recent grads plan to stay at any given job for more than five years, while 33 percent of respondents plan to stay at a job for only three years or less.

According to the telephone survey conducted by Braun Research, Inc. on behalf of Adecco, the respondents were also more 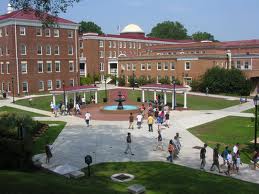 likely to move on from a job quickly rather than give it a chance. In fact, nearly a quarter (21 percent) of recent graduates said they would stay at a job for only three months if they discovered they didn’t like it.

Though this new generation of job seekers appears to be certain in their goals and expectations, many of them admit Mom and Dad still lend a helping hand in support of their careers. For example, more than a quarter – 30 percent – report that their parents are very involved in their job search process; 13 percent say their parents have used their own personal network to get them a job; and 11 percent say their parents help them locate or research job listings for them. Surprisingly some even take parental involvement one step further; a shocking 8 percent of respondents have had their parent accompany them to an interview and 3 percent have actually had their parent join them in the interview room.

The support grads receive from their parents is also financial. The survey shows that more than half (55 percent) of respondents continue to rely on their parents’ help for basic living expenses and needs. These include cell phone bills (32 percent), food (21 percent), Internet access (20 percent), health insurance (20 percent) and rent (17 percent).

“It’s great to see the drive in this year’s graduates for finding their dream jobs,” said Joyce Russell, president of Adecco Staffing US.  “While it’s important to remember that a career is developed over time, through a combination of the right job opportunities, training and perseverance, with hard work and the proactive attitude today’s grads have, they are sure to be a positive addition to the American workforce.”

“It’s inspirational to see the optimism of this year’s graduates,” said Russell. “It’s been a challenging few years for many in the U.S. workforce, but graduating seniors have arguably been among the hardest hit, so it’s reassuring to see their enthusiasm about work and their careers.”

According to a company statement, “Adecco Staffing US is the nation’s leading provider of recruitment and workforce solutions. It is the pre-eminent workforce management partner for Fortune 500 companies and career advisement expert for American workers, serving all of the key industries and professions that drive the US economy forward. Adecco has more than 900 career centers and, on any given day, connects 70,000 talented workers to the best job opportunities across the country, making them one of America’s largest employers. Visit adeccousa.com for more information.”