Time Magazine rocked the media world with its breastfeeding mom on its cover.  She is noticeably attractive and her son looks rather mature to be still feeding this week.  It led to hundreds of references on the web. 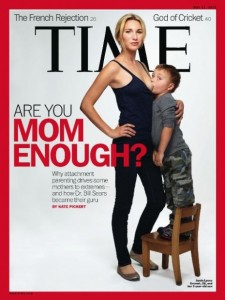 Not to be out done, Newsweek took advantage of the news this week that Barack Obama was going to endorse same sex marriage.  The cover shows Obama with a rainbow halo over head and with the slug, “The First Gay President.” 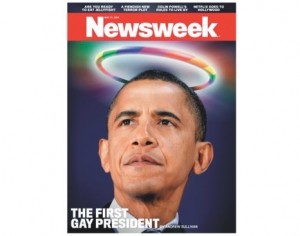 So, are the two old school magazines merely fighting for attention, or are these legitimate covers? Tasteless or simply bold?

Give us your feedback, are these the magazine covers of the future?