Kids are benefiting from the recovering U.S. economy, with the average gift from the Tooth Fairy reaching a new high of $4.36 last year, up from $3.50 in 2013, according to Delta Dental’s The Original Tooth Fairy Poll®.1 In 2014, the Tooth Fairy left a staggering $255 million for lost teeth based on Delta Dental  estimates.

The Original Tooth Fairy Poll has generally been a good indicator of the economy’s overall direction. In fact, the trend in Tooth Fairy giving has tracked with the movement of the Standard & Poor’s 500 index (S&P 500) in 11 of the past 12 years. In 2014, both the average Tooth Fairy gift and the S&P 500 posted double-digit gains for the third year in a row, with 24.6 percent and 11.4 percent increases  respectively.

“As leaders in the dental benefits industry, we keep our eye on all kinds of economic indicators, and the Tooth Fairy’s record giving tracks with big gains in the major stock indexes in 2014,” said Jennifer Elliott, vice president of marketing at Delta Dental Plans  Association. 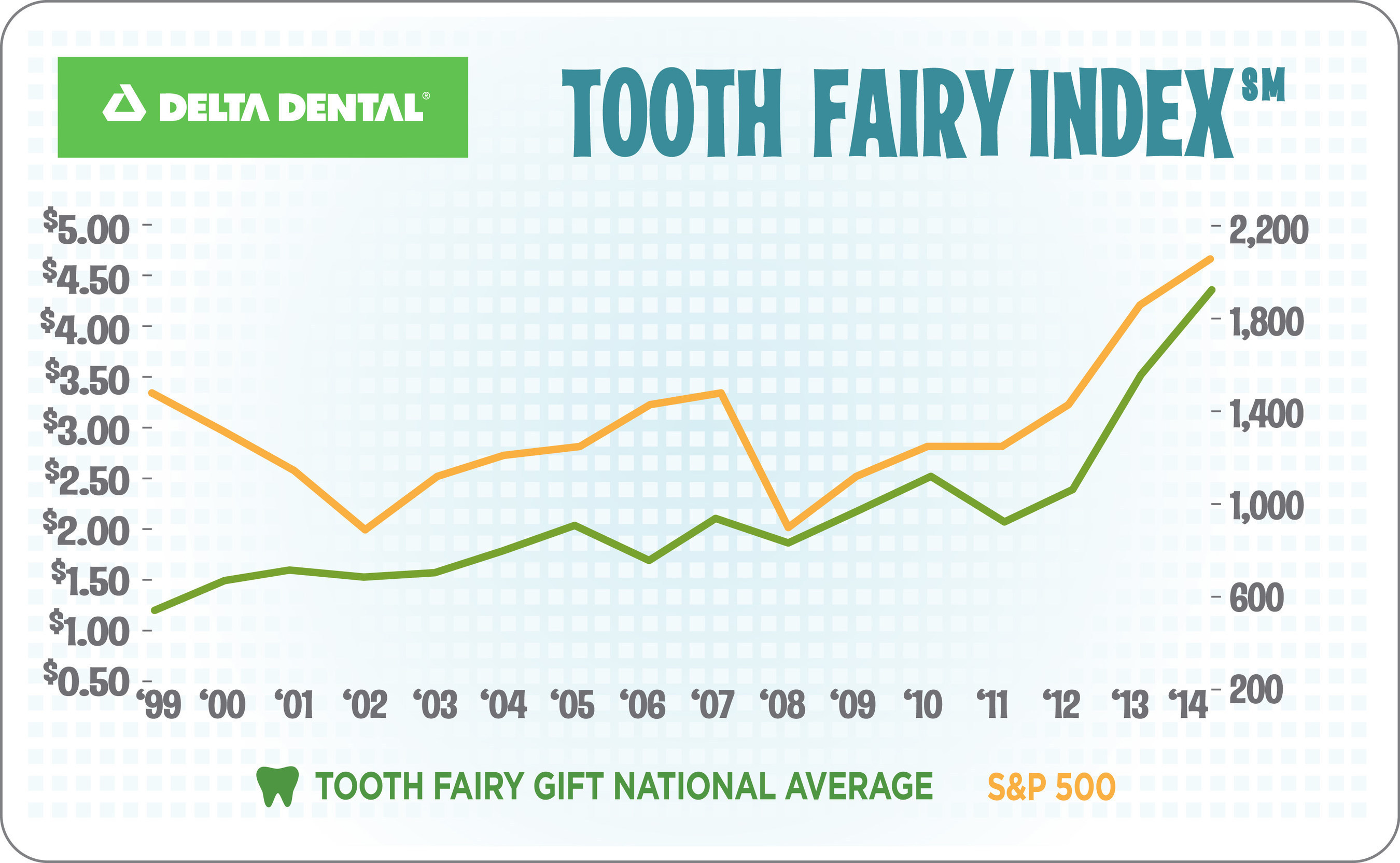 The Tooth Fairy Leaves More than  Money
Delta Dental’s survey found that in 88 percent of the homes she visited, the Tooth Fairy left cash for kids, either by itself or in combination with other gifts. Kids who got a gift in addition to or instead of cash most often received a toy, game, toothbrush, toothpaste, book, doll, stuffed animal or dental  floss.

Other findings from The Original Tooth Fairy Poll, which surveyed more than 1,000 parents nationwide,  include:

Encouraging Healthy  Habits
The Original Tooth Fairy Poll helps promote good dental hygiene habits that encourage healthy smiles across America. “We’re happy that, in addition to money, the Tooth Fairy is leaving gifts that help get kids excited to brush and floss their teeth. Delta Dental also encourages parents to introduce the Tooth Fairy as a way to discuss the importance of good oral health habits even before a child loses the first tooth,” Elliott  said.

1Kelton, a leading global insights firm, conducted The Original Tooth Fairy Poll® on behalf of Delta Dental with 1,003 parents of children ages 6 to 12 across the United  States.