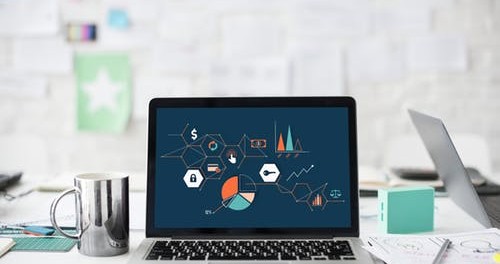 Ansible, the IT automation engine, is really simple to use for automating IT requirements such as configuration management, deployment of applications, provisioning for cloud and intra-service orchestration. The design compliments multi-tier deployments. Instead of managing a single system at any given time, Ansible caters to the entire IT infrastructure by defining the inter-relation between systems. Ansible can be deployed easily as agents or extra customized security infrastructure are not used. Further, Ansible Playbooks or the native language YAML is used for describing automation jobs and its syntax resembles plain English.

Ansible training would empower you with insights and skills that you can leverage in an enterprise IT environment for automating server-driven tasks and optimizing IT manpower. Learning Ansible would open up the doors to a rewarding career with constant scope for further growth.

Key Features of Ansible for Streamlining Enterprise-Wide IT Tasks

The appeal of Ansible lies in its simplicity and robust architecture. Some of the important features that pack a wallop in this automation engine are discussed below.

Ansible connects the nodes, or individual workstations, and works by activating ‘Ansible modules’ or smaller programs in them. The programs serve as resource models for the system’s desired state. The modules are executed over SSH (Secure Shell) and are removed upon completion.

The library of modules can be maintained in any machine. You need not have dedicated databases, daemons or servers for this. You can script modules even in the text editor and then use a version control program for tracking the content related changes.

Ansible supports passwords as well as SSH agents driven SSH keys. You can use Kerberos, the network authentication protocol, and identity management system also. Root logins have been removed. As any user, you can log in for applying su/sudo to the desired user. With the ‘authorized key’ module, you can describe the hosts which will be accessible to particular machines.

With an INI file, you can define the machines to be managed and represented by Ansible. The simple INI also classifies all managed machines in groups that you may choose. For adding new machines, you need not invoke any extra SSL signing server. This relieves you from fault finding when a given machine cannot be linked up because of DNS or obscure NTP problems.

Ansible facilitates plugging into other infrastructure sources like drawing inventory and can retrieve variable info from Rackspace, OpenStack, and other sources. After listing of inventory hosts, you can assign variables to them in text files within ‘group_vars/’ as well as ‘host_vars/’subdirectories. You can also put variables right in the inventory file also. A dynamic inventory can also be used for pulling inventory from EC2 and other data sources.

You need not set up anything for talking to an instance that is available. You can run raw commands or can leverage the state-based resource modules. The modules can be written easily or you can use the ones which are already shipped with Ansible. The in-built modules of Ansible run to more than 750.

With Playbooks, different segments of the infrastructure topology can be seamlessly orchestrated. The number of machines to be tackled at a time can be specified to the controller machine in a detailed manner. The automation code can be interpreted even by someone who is not aware of special syntax or a particular feature.

With a simple language, you can define how machines would be taken in and out of monitoring windows and load balancers. The configuration files can be built dynamically by using the IP addresses of other servers and informing the same to one central server. Some variables can be set whereas the others can be prompted for. The outcomes of one command can be used for deciding whether another should be run or not.

The language is transparent and easy to read. Explicit ordering relationships need not be declared. Codes need not be crafted in any language.

7) Ansible Can Be Extended

You can write Ansible modules in any script which can return JSON i.e. Python, Ruby, etc. You can plug in the inventory to any data source with a code that interacts with data sources and can return JSON. You can use Python APIs to extend connection types, callbacks or for defining new behaviours on the server side.

Enhance Your Proficiency in Ansible With Appropriate Certification

You can propel your career on a lucrative path by completing Ansible course from a renowned institute. Knowledge of Ansible is among the top 5 most valuable tech skills in the IT industry today.

Also, the report published in insights.dice suggests that Ansible is the DevOps skill that fetches a maximum salary to the tune of $121,382 per annum. (Source: https://insights.dice.com/2017/04/10/which-devops-skills-pay-most/).