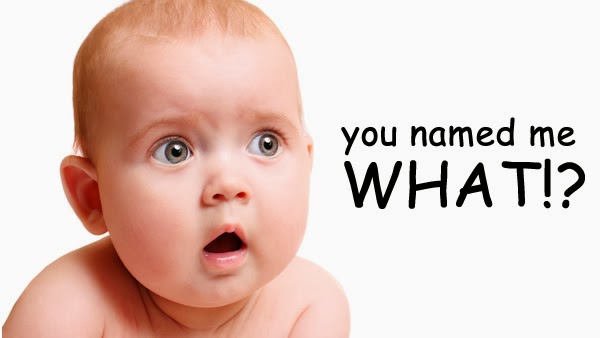 BabyCenter®, the #1 pregnancy and parenting digital resource, today released the results of its highly anticipated annual Baby Names Survey and the Top 100 Baby Names of 2013, based on the names of 555,000 babies born in 2013 to moms registered on the BabyCenter website. Jackson moved up one spot to claim the top boy’s name, ending Aiden’s eight-year reign. And Sophia held tight as leader of the girls for the fourth year in a row. There was some movement in the girls’ top 10 list, however, as Emily made a comeback to knock out Madison.

“One of the biggest trends we see this year is a growing desire among new parents to choose a baby name with personal meaning. Family names are all the rage, and grandparents are the number one source of inspiration for new parents,” says Linda Murray, BabyCenter Global Editor in Chief. “This year, more than half of moms say they found name inspiration in people they know. Celebrity influence is on the decline.”

BabyCenter’s Top 100 Baby Names list combines names that sound the same but have different spellings, making it a true measure of baby name popularity. The website also conducts its Baby Names Survey each year, talking directly to new and expecting parents about their baby name decisions and diving deep into the psychology and trends surrounding baby naming.

While family influence is on the rise, pop culture still has a major effect on naming trends, with celebrities, TV show characters, and comedians also inspiring moms.

The hottest baby name trends of 2013

With their long beards and self-professed hillbilly ways, the Robertson clan members are unlikely stars. Still, their down-home high jinks proved highly watchable: The show broke ratings records this year to become the most-watched nonfiction series in cable history. The Robertsons made a big splash in baby names, too. Korie – the stunning mom of five and Duck Commander office manager – rose a whopping 89 percent or 13,262 spots in the baby name rankings, followed by Mia (up 44 percent), Phil (up 32 percent), Sadie (up 23 percent), and Silas (up 15 percent). Frazzled Duck Commander CEO Willie saw his name jump 4 percent.

The Power of George

The focus on the United Kingdom stayed strong this year, thanks to Duchess Kate’s pregnancy and the arrival of Prince George. As a result, the royals continue to influence American naming trends, but in an unexpected way: The name George is up 37 percent as a girl’s name, compared to a 10 percent increase as a boy’s name. Variations on the name for girls and boys, including Georgia, Georgina, and Giorgio, also rose on our baby names lists. With the prince just born in July, this swift increase shows the affinity of American parents for the royal family and the power the family holds. Interestingly, George fell out of the top 10 this year on the BabyCentre United Kingdom Baby Names list.

Funny men have always been attractive to moms, and the current crop of male comedians is no exception. These smart, sexy, and hilarious men held the spotlight this year with a mix of new shows, movies, and viral videos – and moms took note. Alec (Baldwin) is up 12 percent, Jason (Sudeikis) is up 9 percent, Fred (Armisen) and Stephen (Colbert and Merchant) are up 7 percent, and Jimmy (Fallon and Kimmel) and Vincent (Vaughn) are both up 6 percent. Jon (Stewart) has dropped 12 percent this year, giving Stephen Colbert yet another triumph in their ongoing “feud.”

Kanye West’s career and personal life are hotter than ever, and now, so is his name. The name Kanye grew nearly 40 percent in popularity this year, vaulting a whopping 2,228 spots, and West is up 22 percent. BabyCenter editors believe moms are responding to Kanye because he has shown himself to be a romantic family man beneath his tough exterior. Kim is also up (12 percent), proving that though they’ve become a family many love to hate, the Kardashian brood is still influencing the baby name choices of America’s parents. Few are copying Kim and Kanye’s directional baby name (North West) – BabyCenter doesn’t have a single baby North in its extensive database. But the name Nori (little North’s nickname) rose 5 spots on the list.

Moms love these “Girls.” They’re unique, they’re fun, and they often struggle with real-life issues. Shoshana jumped 67 percent in popularity, Marnie is up 62 percent, Zosia increased 46 percent, and Lena rose 26 percent. But while moms love Lena Dunham and her real-life success story, they aren’t impressed with her less-accomplished character Hannah, whose name has fallen 10 percent.

Naming a child is something every parent takes seriously, and they don’t want their child associated with negativity. So while parents are turning to celebrities for name inspiration, they’re also closely watching how those celebrities conduct themselves. A handful of women received negative press in 2013, and naming trends reflect that shift – Reese (Witherspoon) plummeted 45 percent, Amanda (Bynes) tumbled 37 percent, Paula (Deen) slipped 20 percent, and Lindsay (Lohan) dropped 17 percent.

Of course, there is one exception to every rule, and in this case, it’s Miley Cyrus. After her jaw-dropping performance at the Video Music Awards, you wouldn’t expect her to be a hit with parents of newborn girls. But Miley just won’t stop – the name skipped up 3 percent, or 16 spots, on the girls’ list.

It’s not just bad girls who took a popularity hit, though. The names of scandalous political figures such as Anthony (Weiner) didn’t fare so well this year either.

For more information on BabyCenter’s Top 100 Baby Names of 2013, a complete list of trends, and online tools for finding your ideal baby name, please visitbabycenter.com/top-baby-names.