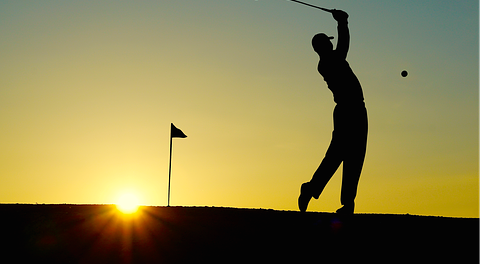 It has been a success season and year for golfers who have won it big in huge competitions. The young golfers have proven themselves on the biggest golf tournaments. During the 2016/17 season, golfers, 25 years of age and below, have brought a lot of shine to the tours. As such, they will be worth watching out for next  season.

It is not the first time Hossler has had success in professional golfing world. At the age of 17 he qualified for the U.S. Open. This was back in 2012, where he finished 29th, and now at 22 years, he has a lot of potential moving forward to the next  season.

There is no ruling out Spieth as one of the best golfers in the world. At 24 years, he has made huge plays not only this year but also since 2012, when he went pro. He won the 2017 Open Championship to cement his dominance as one of the greats. He has a lot of skills in the sport, which elevates him as one of the best. It is no doubt that his presence will be felt come next  season.

At 21 years old, he has already appeared at the PGA tour and finished position 19. He is known to finish on a high note regardless of how he begins the tournament. As a young golfer with experience in a major tournament, he certainly will give more come next season. Get all the US open golf info on the upcoming golfing tournaments and events. Learn what you need to know about the history of the tournament, winners, prizes and  more.

The Japanese international and professional golfer is no secret one of the best this year. He almost won this year’s US Open. Under his belt, he has won 5 PGA tours, which places him at the top when it comes to performance. Due to his impressive improvement this year, he is expected to be even better and probably win a major championship come next  year.

He was recently announced as the PGA player of the year. This award comes as a result of his impressive run for the 2016/17 season. This year only, he has won a major championship and the FedExCup to top it all. He has done all this at the age of 24 years old. You can expect him to shine more come next season when he is expected to bag another big  title.

At only 20 years of age, Dou is showing a lot of courage as a professional golfer. In the last season, he made a record as the first Chinese golfer to play at the PGA tour. His tremendous skills and his young age, puts him as a great candidate of golfers to leave a mark come next season. He is expected to shine all over again and become better in his  craft.
Blair Bursey

Another young up and comer is Blair Bursey. While balancing college studies he’s already making a name for himself on the golf course. At the Jensen Utah Open qualifier he shot a 6-under-par 66. He also recently claimed a fourth place finish at the Sahalee Players  Championship.