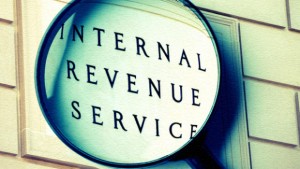 Brooke Rollins, President and CEO of the Texas Public Policy Foundation, issued the following statement today on the Foundation’s decision to join a class-action lawsuit against the Internal Revenue Service:

“Last year, the Texas Public Policy Foundation was surprised and disappointed to learn that the Internal Revenue Service released our donor list to the public. In light of recent revelations of a pattern of IRS harassment and suppression of citizens and organizations opposed to Washington, D.C.’s agenda, we must ask whether this Foundation may have been deliberately targeted — with damage done not only to us, but to our supporters who trusted that their rights would be respected. With donor and membership anonymity a cornerstone of freedom of association under the Constitution as held in the U.S. Supreme Court’s 1958 NAACP v. Alabama, the release of our donor information is not a mere inconvenience, but a profound threat to basic liberties.

“We are therefore today announcing our inclusion in the class-action suit against the Internal Revenue Service, filed in the United States District Court for the Southern District of Ohio Western Division-Cincinnati federal court, led by the Citizens for Self-Governance, and including groups ranging from California to Texas to Missouri and beyond. We will be represented by Graves Garrett LLC of Missouri and Texas.

“Make no mistake: though we seek recompense from the IRS for very real harm done, this isn’t about simple compensation. The IRS abuse of power is a symptom of a federal government that is out of control and essentially unhindered in the exercise of its power. We can have a vigorous federal government that reaches into our individual lives and homes, or we can have a free country — but we can’t have both.”