By Steve Bordley, Special for US Daily Review 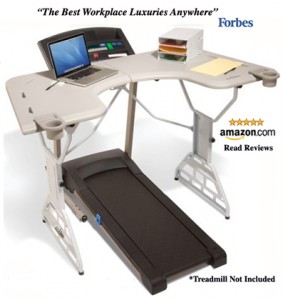 Summary:  Researchers from the University of South Carolina revealed in this month’s American Journal of Physiology a link between exercise and an increase in mitochondrial numbers in brain cells, a potential reason for proven beneficial mental effects of exercise including combating brain fatigue. The results point to a growing body of evidence that exercise is critical for physical and mental health and that sedentary office environments are endangering the health of employees.

Studies in the past month have shown that exercise boosts the number of mitochondria (the energy factory in cells) in muscle cells but this week researchers at the University of South Carolina have published a study in the American Journal of Physiology showing a direct link between exercise and a rise in mitochondrial numbers in brain cells. Previous studies had shown exercise stimulates the production of small blood vessels in the brain but this is the first study showing the increase in energy producing mitochondria. The researchers suspect that this increase may assist partly in the enhanced cognitive abilities regular exercise studies have previously uncovered. Increased cognitive function may be yet another reason for employees to consider abandoning the office chair in favor of a TrekDesk Treadmill Desk.

The research centered on two groups of mice over a period of eight weeks. The exercise group of mice trained on an inclined treadmill six days a week for one hour. The control group remained sedentary during the exercise periods. Reflective of previous studies on muscle tissue, the brain tissue of the exercising group of mice showed a statistically significant increase in the mitochondria in their brain cells at the end of the study. The researchers believe that the increase in brain mitochondria may also increase exercise endurance bolstering the brain against fatigue.

“This study adds to an ever growing body of evidence that exercise is medicine, for both the mind and the body, and that sedentary lifestyles cripple the body’s ability to function at peak capacity,” stated Steve Bordley, CEO of TrekDesk Treadmill Desks, a company determined to get Americans moving again.