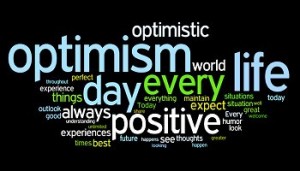 By most accounts the average American has given up looking at the jobless numbers and they’ve given up looking for work as well. Too many people are struggling and their quality of life is plummeting. This impacts everything from crime, depression, even road rage. Politicians use the numbers for their own political gain of course. The economy is either in recovery mode or sinking faster than an alka-seltzer tablet in a glass of water; all depending on who you’re listening to. In a general election year, anything goes, therefore you can expect the spin-doctors to be working overtime in the coming months.
Most economists would say that the unemployment number is a key indicator to watch if an economy is in real recovery mode. I would agree with that, but it’s not the full picture. The U.S. economy added a mere 115,000 jobs in April, well below expectations and nowhere near the number that is needed to get the effective rate down to 5 or 6%. Yet the jobless number still dropped down to 8.1 percent from 8.2 percent in the previous month, how does that happen you ask?

According to the U.S. Department of Labor, persons are classified as unemployed if they do not have a job, have actively looked for work in the prior 4 weeks, and are currently available for work. Passive methods of job search do not have the potential to result in a job offer and therefore do not qualify as active job search methods. Examples of passive methods include attending a job training program or course, or merely reading about job openings that are posted in newspapers or on the Internet. Additionally, people who have settled for part-time work because they were not successful in finding full-time employment are not included in the jobless numbers. Also not included are people who want a job but haven’t looked for one in the past month and those without job interviews within a 4 week timeframe – sounds ridiculous, right?
So why then did the jobless number decline in April? Mostly because the size of the labor force shrank by 342,000 people, to 154.4 million. And the labor force “participation rate” edged down to 63.6 percent from 63.8 percent. In other words, fewer people were counted as being part of the labor force. What’s behind the decline in the size of the labor force? A critical demographic- the number of “discouraged workers”. “Discouraged workers” have given up even trying to find work because they don’t think there are jobs to be had and the number increased by 103,000, to 968,000 people, according to NPR.
More than 12 million Americans are considered unemployed. The real number is reported to be more like 22 to 25 million if you count the underemployed and the people who have completely given up on the job market. In any case, to say the jobless number is anywhere near 8% is a total farce – you can more than double that number!

So we know that the government is using tricky math to compute the jobless numbers. Let’s be honest with each other, whether the number is 8.1%, 18.1% or 25%, the bigger problem is that American ingenuity and confidence is at an all time low. The Washington sideshow has sucked our enthusiasm and confidence out and the business environment has been damaged with burdensome regulations and taxes. Not enough companies are expanding, entrepreneurs are not starting as many new companies and people are simply not in a courageous mood.
Yet there are a myriad of opportunities that exist during a recession. Because so many companies have gone out of business there is a void which you may be able to fill. Many companies are in safe-mode so they’ve hunkered down, no expansion, no advertising, no marketing, etc. These companies are waiting for the storm to pass. Someone will fill that need in the marketplace, why not you? The biggest complaint I hear is that capital is not available. Let me tell you there have been plenty of highly successful people that built their fortune on a shoe-string. Today with the advent of the internet and in our 24/7 news driven world, there are many ways to get your message out there that simply didn’t exist twenty years ago.

If you have lost your job and you’re one of those folks not being counted in the unemployment numbers because it’s been so damn long, try your hand at something different. What is it that you’re most excited about and how can you make money at it? This may be the perfect opportunity for you to look around you and by all means look in the mirror and discover what excites you in life – do something you love! It’s a proven fact that people make more money and are happier when fulfilling their dreams than experiencing the aggravation of a dead-end job that has zero potential. Risk, Rejuvenate, Reward. If your are willing to risk, and you can rejuvenate your current circumstances, then the greater the reward. Break through the boundaries of your current circumstances, become more absurd in your thinking and you’ll become the Brink Thinker that you always knew you could be.