By the Trinity Broadcasting Network, Special for US Daily Review.

Erik Eckholm’s May 5th article in the New York Times purports to present an objective expose on Christian television leader Trinity Broadcasting Network. In reality, however, the article is based on little more than the meritless and contrived civil lawsuit filed by Brittany Koper, the granddaughter of TBN’s founders Dr. Paul Crouch and Mrs. Janice Crouch — a suit that was itself designed to divert attention from Mrs. Koper’s admitted misappropriation of ministry money, among many other wrongs. 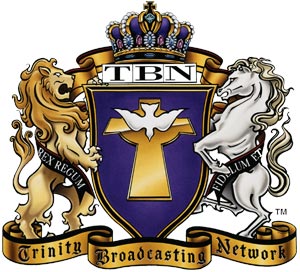 Instead of addressing the documented facts made available to him by TBN, Mr. Eckholm simply settled on rehashing tired and false stereotypes about religious television. For example, rather than acknowledge that over the years TBN has always included programming from virtually every Christian expression — Roman Catholic, Orthodox, Protestant, Pentecostal, Messianic, etc., — he summarily dismissed such diversity and instead incorrectly labeled TBN’s broad-based programming lineup as representative of a “prosperity gospel.”

Similarly, Mr. Eckholm largely ignored information from this writer that exhaustively recounted the facts behind Mrs. Koper’s false claims, along with the facts about TBN’s ministry philosophy, its 40-year record of achievement, its impeccable financial stewardship, and its unchanged commitment to reach the world with the message of the Christian gospel.

Since Mr. Eckholm missed the opportunity, allow me to review just a few of the salient points I made in response to his many queries.

Far from being the innocent crusader seeking to bring correction to supposed financial impropriety she “discovered” shortly after becoming TBN’s finance director, Mrs. Koper concocted accusations against her former employer after she and her husband Michael Koper admitted that they had taken hundreds of thousands of dollars from the ministry.

In addition, the trust TBN placed in Michael Koper was based in large part on his claim of heroic and life-threatening military service as a U.S. Marine in Afghanistan. The disturbing reality, however, is that Mr. Koper never served in the military or as a Marine in Afghanistan. But his claims nonetheless helped him obtain a position of trust, and allowed him and Mrs. Koper to misappropriate ministry money to purchase a home along with an investment condo, “lend” tens of thousands of dollars to Mr. Koper’s uncle, and even put Michael’s own father on TBN’s payroll for a non-existent job.

Contrary to the Times’ depiction of these wrongs as mere “accusations” by TBN, the Kopers admitted to these and other matters, such as creating a bank account in the ministry’s name which they alone controlled, and siphoning off over $175,000in third-party payments to the ministry into that account. The Kopers subsequently offered their apologies, but when restitution and return of the monies became more difficult than they anticipated, they fled California for New York and threatened to create a public scandal to damage TBN.

As I also explained to Mr. Eckholm, there were no “sweetheart deals” with family-owned businesses, no special luxury accommodations for pets, and no other extravagant perquisites. From housing to transportation to investments in TBN’s extensive program library, every network expense has been successfully calculated (and accounted for) to add bottom-line value to the ministry’s mission and purpose.

Ministry resources such as jet aircraft and properties and residences in multiple cities may pique the interest of reporters like Mr. Eckholm. But the plain truth is that with 35 broadcast and production studios across the nation, scores of others around the world, and the necessity of non-stop travel by network executives, TBN has saved millions of dollars over the decades in airfare and lodging, and the financial value of its aircraft and real property has appreciated greatly.

In fact, wise stewardship and accountability have been the key to TBN’s success, and is why its viewers and supporting partners have continued helping fulfill its mission of broadcasting the Gospel around the world.

As I further explained to Mr. Eckholm, TBN has always sought to maintain transparency in the stewardship of its finances. This is why, even though churches are not required to do so, TBN, which is a church, has voluntarily filed and released for public inspection an Annual Information Tax Return (IRS Form 990). TBN also conducts two separate annual independent audits, one to assure compliance with IRS rules and a second focused on its internal financial accounting and operations.

It is also well-documented that while TBN’s founders and top directors, Paul and Jan Crouch, oversee one of the largest broadcast groups in the nation, their compensation packages are significantly smaller than those of the average non-commercial TV head (think PBS affiliates), and even of many other leaders of ministries much smaller than TBN. In fact, TBN’s founders voluntarily take salaries lower than that recommended by an independent compensation review board.

Such a conservative approach helps to explain why its financial partners are enthusiastic about supporting TBN. It also explains why after 40 years — and with no debt to tie it down:

— TBN has grown to 16 global television networks distributed on 76 satellites, multiple foreign and domestic affiliates, and thousands of cable affiliates on every continent save Antarctica, and is always available on your smartphone or the Internet via TBN Everywhere and iTBN™, respectively.

— TBN reaches the homes of billions of individuals and families with a wide variety of inspirational, religious, cultural, and educational programming for all ages.

— TBN has provided millions of dollars in time, money, and resources to support a wide variety of humanitarian, religious, and charitable efforts around the globe, including for natural disasters (e.g., Hurricane Katrina, the Indonesian Tsunami, and the earthquakes in Haiti and Japan), terrorist attacks (911), aid and services to the homeless and needy (Samaritan’s Purse, Salvation Army, etc.) and through its award-winning TBN Second Chance program to help inmates and prisons.

As I pointed out to Mr. Eckholm, while some may have a different idea of what Christian ministry looks like, and while others may criticize TBN for its doctrines and beliefs or because of its unique style and look, one issue is not open to debate: After 40 years, TBN continues to succeed in its mission to take the Gospel to the ends of the earth.

A Response by TBN’s National Spokesman Colby May