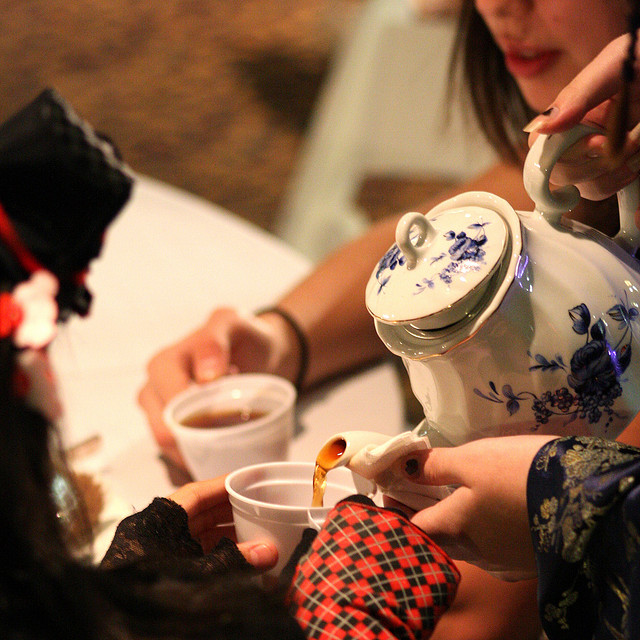 “Tea consumption, especially green tea, may not be the magic bullet, but it can be incorporated in an overall healthy diet with whole grains, fish, fruits and vegetables, and less red and processed meat,” says Qi Sun, assistant professor in the Department of Nutrition at the Harvard School of Public Health.

The main health-promoting substances in tea are polyphenols, in particular catechins and epicatechins. Lab and animal studies say these molecules have anti-inflammatory and antioxidant properties.

Harvard-led studies of large groups of people over time have found that tea or coffee drinkers are at lower risk for diabetes and possibly cardiovascular disease. Coffee also contains polyphenols.

Now here’s the key caveat: It remains unclear whether the tea itself is the cause of these benefits and, if so, how it works its magic. The studies attempt to rule out the possibility that tea drinkers simply live healthier lifestyles, but it’s difficult to be sure.

That said, tea itself appears to have no harmful effects except for a case of the jitters if you drink too much caffeinated brew. It fits in perfectly well with a heart-healthy lifestyle.

One important warning: A cup of tea contains only a couple calories. Processed, sugar-sweetened tea beverages are loaded with extra calories. “If there are any health benefits to green tea consumption, it’s probably completely offset by adding sugar,” Sun says.

Read the full-length article: “Tea: A cup of good health?”