By April Dye, Contributor for US Daily Review. 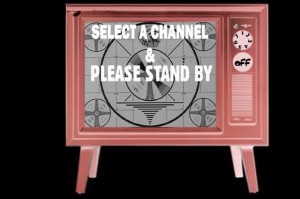 I love TV. I used to be addicted to it. Seriously. My life was scheduled around what was on television; of course, this was before I was married with kids.

I do still like my television and actually have a TV partner in my daughter Elizabeth. She is so much like me, always trying to figure out the mystery before it is revealed.

I really just want to say something to the television executives…STOP with reality TV!!!

TV used to be so good. You had shows with character development. You could get into the shows and characters. We fell in love with them; we cried with them, we laughed with them. Now you get attached to characters only to have them ripped off the schedule after only a few episodes, half a season or even one season. They don’t let them find their groove. They don’t let us indulge in the stories and characters. The executives want instant gratification and if not the BAM! Away they go!

Over the past 5 years or so, I have experienced this at least a dozen times. Some would be shows that would fit the typical persons viewing, others more science fiction, some just fun. I just found out this week that 5 of the new shows that I picked to add to my TV time have not been renewed for a second season. Last year there were 4 or so. I know I am not alone in this because I have read so many comments from other television viewers whose favorite or potential favorite shows have been prematurely canceled.

I am amazed at the shows that get taken off and the “crap” that gets left on. If they add one more reality show full of selfish, materialistic, abusive and immature spotlight seeking people I will scream. And I am also tired of immature, sexual, degrading and vulgar adult cartoons.

What happened to evolving stories, intriguing characters and plots that made you anxious for the next episode to see what was going to happen?

Back in the day shows like Seinfield had something like 3 years before they were hits and people started watching. Think about how much that show influenced television. What if the executives would have been as impatient as they are now?

Where can I go to put in my application to be a TV Executive? I know I could do a better job. They need to look at it like a jog instead of a sprint. Like a good wine, sometimes you need to give it time to resonate with people, to find its groove, to let the audience become engaged enough to get involved in the stories. This is a show not a movie. So many people these days choose not to commit because they have so many times been burned. Just like with a relationship, which is what they can become, you’re afraid to get involved only to have them end.

Come on people, stand up and let the executives know, just like our government officials that they don’t always know what we want or what is best for us.

April Dye is a Christian wife and mother of two. She loves to hang out with family, read, watch movies and television, and her job. You can follow her on face book at facebook.com/April Vestal Dye and clardye.blogspot.com.