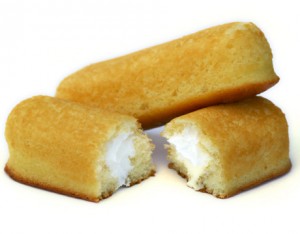 Flowers Foods, Inc. has confirmed that it has received regulatory approval pursuant to the Hart-Scott-Rodino Act to acquire the Wonder, Nature’s Pride, Merita, Home Pride, and Butternut bread brands; 20 bakeries; and 36 depots from Old HB, Inc., formerly known as Hostess Brands. Flowers expects to complete the transaction in the coming weeks.  These include Hostess Twinkies.

In February 2013, the company announced its agreement to purchase the assets from Old HB, Inc. for $360 million was declared the best and highest bid for such assets. In March 2013, the court overseeing the Old HB, Inc. bankruptcy proceeding approved the sale.

The NBC Today Show celebrated the return of Twinkies by giving thousands of them to their audience in New York City.