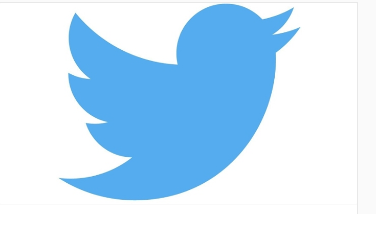 Twitter today introduced a new tool to combat spam and abuse in Periscope broadcasts. Periscope allows anyone to broadcast live to a global audience and enables viewers to interact in real time. Designed to be transparent, live, and community-led, the new reporting tool gives people watching the broadcast the ability to report comments they find inappropriate as they appear on the screen. A small group of randomly selected live viewers will then vote on whether they agree with the reporter’s assessment. Those found to be sending spammy or abusive comments will be temporarily disabled from commenting within the  broadcast.

“We want our community to feel comfortable when broadcasting,” said Kayvon Beykpour, Periscope CEO and co-founder. “One of the unique things about Periscope is that you’re often interacting with people you don’t know; that immediate intimacy is what makes it such a captivating experience. But that intimacy can also be a vulnerability if strangers post abusive comments. Broadcasters have always been able to moderate commenters in their broadcast, but we’ve now created a transparent tool that allows the collective actions of viewers to help moderate bad actors as  well.”

The new report tool is accessible by tapping on a comment within a broadcast. People can report a comment for being spam, abuse, or for other reasons, i.e., the comment is in a foreign language. Comments that are flagged as spam or abuse are then put to a jury of randomly selected live viewers who are asked to help moderate the comment by determining whether it is abuse or spam, looks okay, or they’re not sure. Periscope acknowledges that live viewers are best suited to ascertain what constitutes abuse, given that the context of the broadcast impacts the tone of the comments. Regardless of the outcome, the person reporting the broadcast won’t see comments from the person they reported for the rest of the  broadcast.

People whose comments have been deemed spam or abuse are then temporarily disabled from commenting within the broadcast. Repeat offenses will result in chat being disabled for that commenter for the remainder of the broadcast. Periscope has designed the feature to be transparent so people on both sides – reporter and moderators as well as commenter – understand the outcome, and lightweight so they’re able to participate with minimal disruption to their viewing experience. This system works in tandem with other safety tools already in place: the ability to report ongoing harassment or abuse, block and remove people from broadcasts, and restrict comments to mutual followers. People will have the choice to disable the comment moderation tool in their broadcasts or choose not to participate as  moderators.

Availability
The update is starting to roll out this week on iOS and Android  devices.

About  Periscope
Periscope is a Twitter-owned live video app that lets you share and experience live video. Periscope provides an immersive and interactive live viewing experience that allows anyone to explore the world through someone else’s eyes. The platform can be accessed at Periscope.tv and on iOS and Android mobile devices. Named Apple’s App of the Year in 2015, Periscope reports that more than 110 years of live video are watched via mobile apps each day, and since launch on March 26, 2015, users have created over 200 million live broadcasts. For more information, visit periscope.tv/about or follow @periscopeco on  Twitter.

About Twitter,  Inc.
Twitter (NYSE: TWTR) is an iconic service and global platform for self-expression and live conversation. Twitter has always been the best place to see what’s happening now. Whether it’s breaking news, entertainment, sports, or everyday topics, only Twitter lets you connect with people anywhere in the world with live conversation. Anything that happens, you see it first on Twitter. By developing a fundamentally new way for people to consume, create, distribute, and discover content, Twitter enables any voice to echo around the world instantly and unfiltered. Twitter is available in more than 40 languages around the world. The service can be accessed at Twitter.com, on a variety of mobile devices, and via SMS. For more information, visit about.twitter.com or follow  @twitter.