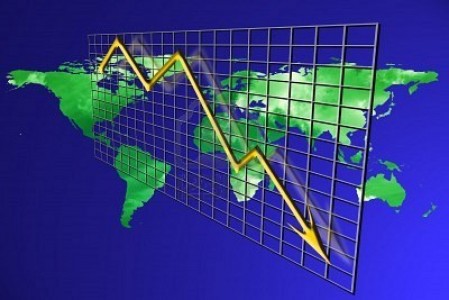 The Commerce Department said on Wednesday gross domestic product fell at a 2.9 percent annual rate, the economy’s worst performance in five years, instead of the 1 percent pace it had reported last month.

“This means not only that any recovery has stalled, but also that we might be trapped in an economic ‘death spiral’ and revealing the nasty truth that the Great Recession of 2009 never really ended,” says Root, whose newest book, The Murder of the Middle Class, will be released by Regnery on July 14, 2014.

“Our spendaholic, taxaholic politicians are choking the life out of this economy,” says Root. “They are frightening would-be investors with uncertainty about future taxes, regulations and penalties. And they are poisoning the environment needed to produce jobs, prosperity and optimism.”

“The Federal Reserve is practicing what economists call ‘financial repression,’ deliberately holding the rate of interest paid for bank accounts below the rate of inflation,” says Root. “This causes savers to lose the value of their money and feel forced to make riskier investments instead.”

“This, plus fear of 2014 tax increases, has led millions to withdraw their savings and to flee from banks and bonds. Many are being stampeded into investing their cash in stocks, causing a dangerous stock market bubble,” says Root.

“The new GDP data show that what looks like an improving economy is instead a mirage,” says Root.

“This means that soaring taxes, regulatory costs and fear are shrinking the private sector, the sector that actually produces the value that politicians are eager to grab and redistribute for their own benefit.”

“The grim reality is that real-world inflation is close to 7 percent, and this is devouring our economy’s 1-2 percent growth. Our real growth rate is closer to minus 5 percent,” says Root, “which means that we have never gotten out of the Great Recession that began more than five years ago.”

What benchmarks can we use to determine whether the new government numbers are trustworthy?

“In today’s economy – with housing still mired, debt rising, consumer confidence sinking, real unemployment stuck at European welfare-state levels, and government expanding – any report that claims the economy is growing faster than 1.6 percent should be taken with a very large grain of salt.” says Root.

“Today’s clear economic trend is, at best, for a slow and slowing economy that could be mired for a decade or more as families and the government try to deleverage from stratospheric debt.”

“The only economic benchmark that can be trusted today is physical gold, which I refer to as ‘coined freedom’ in a new special report and dvd.” (more at www.coinedfreedom.com )

For a provocative interview with Wayne Allyn Root contact Sandy Frazier by email or call 516-735-5468.