By UFOHastings.com, Special for US Daily Review. 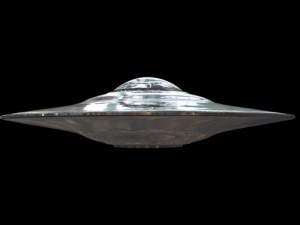 “Among the 130 veterans I have interviewed are nuclear missile launch officers who report UFOs monitoring and even disabling their weapons. To dismiss these accounts as mere fantasies or fabrications is to suggest that those who held the fate of the entire planet in their hands during the Cold War were dangerously demented or otherwise untrustworthy. Surely, this was not the case. Similar incidents have been revealed by Soviet military veterans.

“While my research material does not qualify as scientific data per se, the information offered by these ex-military sources makes clear the need for a new, unbiased study of UFOs, uncontaminated by existing academic preconceptions and prejudices.

“The late physicist Dr. James E. McDonald, who investigated UFOs in the 1960s, advocated such an examination of the phenomenon decades ago. After authorized visits to the U.S. Air Force’s UFO Project Blue Book to review its sighting reports, he wrote, ‘There are hundreds of good cases in the Air Force files that should have led to top-level scientific scrutiny of the problem years ago, yet these cases have been swept under the rug in a most disturbing way…’

“In a prepared statement to the U.S. Congress’ House Committee on Science and Astronautics on July 29, 1968, McDonald wrote, ‘My own present opinion, based on two years of careful study, is that UFOs are probably extraterrestrial devices engaged in something that might very tentatively be termed surveillance.’

“The information I have gathered over the past 39 years seems to support Dr. McDonald’s hypothesis.”

Hastings has lectured at over 500 U.S. colleges and universities. His book, UFOs and Nukes: Extraordinary Encounters at Nuclear Weapons Sites, is available at www.ufohastings.com. He will consider invitations to speak at other scientific conferences.