By David Cameron, Prime Minister of the UK 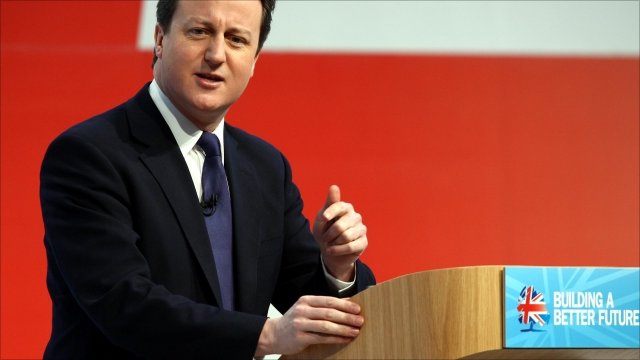 Good afternoon. Earlier today the Home Secretary confirmed that the Joint Terrorism Analysis Centre has increased the threat level in the United Kingdom from ‘substantial’ to ‘severe’. This is the first time in 3 years that the threat to our country has been at this level.

My first priority as Prime Minister is to make sure we do everything possible to keep our people safe. Today I want to set out the scale and nature of the threat we face and the comprehensive approach that we are taking to combat it. We’ve all been shocked and sickened by the barbaric murder of American journalist James Foley and by the voice of what increasingly seems to have been a British terrorist recorded on that video.

It was clear evidence – not that any more was needed – that this is not some foreign conflict thousands of miles from home that we can hope to ignore. The ambition to create an extremist caliphate in the heart of Iraq and Syria is a threat to our own security here in the UK. And that is in addition to the many other al Qaeda inspired terrorist groups that exist in that region.

The first ISIL inspired terrorist acts on the continent of Europe have already taken place. We now believe that at least 500 people have travelled from Britain to fight in Syria, and potentially Iraq. Let’s be clear about the source of the threat that we face. The terrorist threat was not created by the Iraq war 10 years ago. It existed even before the horrific attacks on 9/11, themselves some time before the Iraq war. This threat cannot be solved simply by dealing with the perceived grievances over Western foreign policy. Nor can it be dealt with by addressing poverty, dictatorship or instability in the region, as important as these things are.

The root cause of this threat to our security is quite clear. It is a poisonous ideology of Islamist extremism that is condemned by all faiths and by all faith leaders. It believes in using the most brutal forms of terrorism to force people to accept a warped world view and to live in an almost medieval state. A state in which its own citizens would suffer unimaginable brutality, including barbaric beheadings of those who refuse to convert to their warped version of Islam; the enslavement and raping of women; and the widespread slaughter of Muslims by fellow Muslims. And, of course, the exporting of terrorism abroad.

So this is about a battle between Islam on the one hand and extremists who want to abuse Islam on the other. It is absolutely vital that we make this distinction between religion and political ideology. Islam is a religion observed peacefully and devoutly by over 1 billion people. It is a source of spiritual guidance which daily inspires millions to countless acts of kindness.

Islamist extremism is a poisonous political ideology supported by a minority. These extremists often funded by fanatics living comfortably far away from the battlefields pervert the Islamic faith as a way of justifying their warped and barbaric ideology.

Now this is not a new problem: we have seen this extremism before here in our own country. We saw it with the sickening murder of Lee Rigby and we saw it too with the home grown 7/7 bombers who blew up tube trains and buses. The links between what happens overseas and what happens here has also always been there. Many of those who sought to do us harm in the past have been foreign nationals living in Britain or even British citizens who have returned from terrorist training camps in Pakistan or elsewhere around the world.

But what we’re facing in Iraq now with ISIL is a greater and deeper threat to our security than we have known before. In Afghanistan, the Taliban were prepared to play host to al Qaeda, a terrorist organisation. With ISIL, we are facing a terrorist organisation not being hosted in a country but actually seeking to establish and then violently expand its own terrorist state. And with designs on expanding to Jordan and Lebanon, right up to the Turkish border, we could be facing a terrorist state on the shores of the Mediterranean and bordering a NATO member.

Now, we cannot appease this ideology. We have to confront it at home and abroad. To do this we need a tough, intelligent, patient and comprehensive approach to defeat the terrorist threat at its source. Tough, in that we need a firm security response whether that is action to go after the terrorists, international cooperation on intelligence and counter terrorism or uncompromising measures against terrorists here at home.

But it also must be an intelligent, political response. We must use all resources we have at our disposal – aid, diplomacy, political influence, and our military. Learning the lessons from the past doesn’t mean that there isn’t a place for our military; the military were vital in driving Al Qaeda from Afghanistan, and we support the US air strikes against ISIL in Iraq. The key point is that military force is just one element of what we can do. And we need a much wider approach, working with neighbours in the region, and addressing not just security but politics too.

We know that terrorist organisations thrive where there is political instability and weak or dysfunctional political institutions. So we must support the building blocks of democracy, the rule of law, the independence of the judiciary, the rights of minorities, free media, free association, a proper place in society for the army, and we must show perseverance. Not just because these building blocks take time to put in place, but because we are in the middle of a generational struggle against a poisonous and extremist ideology that I believe we’ll be fighting for years and probably decades.

We will always take whatever action is necessary to keep the British people safe here at home. Britain has some of the finest and most effective security and intelligence services anywhere in the world. We will always act with urgency where needed, as we did with the emergency data retention legislation which is already yielding results. And we’ve already taken a whole range of measures to keep our people safe. We are stopping suspects from travelling by seizing passports. We’re barring foreign nationals from re entering the UK. We’re depriving people of citizenship and we are legislating so we can prosecute people for all terrorist activity, even where that activity takes place overseas.

We’ve also stepped up our operational response. Since last year we’ve seen a fivefold increase in Syria related arrests. We’ve seen port stops and cash seizures grow by over 50%. We’ve taken down 28,000 pieces of extremist material off the internet this year alone, including 46 ISIL related videos. We made clear that those who carry ISIL flags or seek to recruit to ISIL will be arrested and the material seized. And we’ve seen a 58% increase in referrals to our de radicalisation programme, called the Channel Project.

Now people are rightly concerned about so called foreign fighters who travel from Britain to Syria and Iraq, taken part in terrorist acts and now come back to threaten our security here at home. And the scale of this threat is growing. I said very clearly last week that there will be no knee jerk reactions. We will respond calmly and with purpose. And we’ll do so driven by the evidence and the importance of maintaining the liberty that is the hallmark of the society that we defend. But we have to listen carefully to the security and intelligence officers who do so much every day to keep us safe.

I chaired a meeting a week ago with our intelligence and security services and we agreed that the answer to this threat was not to dream up some sweeping new power that would be ineffective in practice. But it is becoming clear that there are some gaps in our armoury, and we need to strengthen them. We need to do more to stop people travelling, to stop those who do go from returning, and to deal decisively with those who are already here. I’ll be making a statement in the House of Commons on Monday. This will include further steps to stop people travelling with new legislation that will make it easier to take people’s passports away.

Now, as well as being tough, patient and intelligent, we also need to take a comprehensive approach. Dealing with this threat is not just about new powers. It is about how we combat extremism in all its forms. We need to tackle that ideology of Islamist extremism head on at root before it takes the form of violence and terror. That means challenging the thinking of extremist ideologues, identifying the groups in this country that push an extremist agenda, and countering them by empowering the overwhelming majority who believe in British values of democracy, the rule of law and respect for minorities.

That is why as Prime Minister I have driven a new approach to tackling radicalisation and counter extremism in Britain, focusing on all types of extremism, not just violent extremism. I set this out in my Munich speech in 2011 and I’ve driven this forward through my extremism task force. This has included stopping the funding of organisations that promote extremism, banning hate preachers and ensuring that every part of government and the state from schools and universities to prisons are all focused on beating the scourge of extremism. And this task force will continue to meet regularly.

Britain is an open, tolerant and free nation. We are a country that backs people in every community, who want to work hard, make a contribution and build a life for themselves and their families. But we cannot stand by and allow our openness to be confused with a tolerance of extremism, or one that encourages different cultures to live separate lives and allows people to behave in ways that run completely counter to our values. Adhering to British values is not an option or a choice; it is a duty for those who live in these islands. And in the end it is only by standing up for these values that will defeat the extremism, protect our way of life and keep all our people safe.Thank you.