By NCRI-US.org, Special for US Daily Review.

“The announcement of candidacy of Ali Akbar Hashemi Rafsanjanifor the June 14th presidential elections in Iran elevates the internal power struggle within the regime to unprecedented height, causes a major crisis for the regime and poses a tremendous challenge to the Supreme Leader Ali Khamenei ,” according to a study by the U.S. Representative office of the National Council of Resistance of Iran, released at a briefing held at NCRI-US office in Washington, DC.

“The fundamental question is what will be the outcome of this power struggle? Will Khamenei tolerate Rafsanjani and concede to some level of power sharing with him?”  the study said.

NCRI-US emphasized that regardless of the outcome, the critical political, national security and foreign policy matters, i.e. the nuclear program, interference in Syria, and ties with the United States will be ultimately and exclusively decided by the Supreme Leader. Similarly, one should not expect any change in domestic repression and export of terrorism. 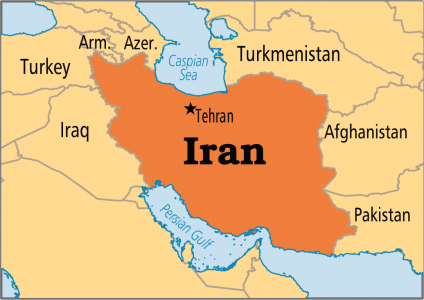 Before Rafsanjani announced his candidacy, Khamenei faction launched an onslaught against him in a bid to dissuade him from standing for the elections, threatening to expose his “seditious” activities. “However, since Khamenei has lost his aura and authority significantly, Rafsanjani chose to confront Khamenei, and thus entered the race,” added NCRI-US.

“The Guardian Council’s disqualification of Rafsanjani would be quite costly, meaning that the only option for Khamenei is to rely on ‘election engineering’ claimed and implemented by the Islamic Revolutionary Guards Corp (IRGC) to ensure his own candidate’s victory,” the study said. “Nevertheless, Khamenei’s primary concern is how to avoid the repeat of the 2009 uprising, which could be lethal for the system as a whole.”

“In effect, Khamenei is caught between a rock and a hard place. Either way, he and the ruling clique will emerge much weaker and more vulnerable after this election,” NCRI-US study concluded.