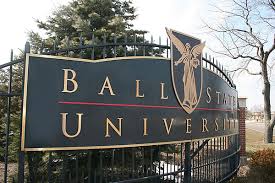 In a blatant attack on academic freedom and the unfettered consideration of scientific viewpoints, the president of Ball State University (BSU) in Muncie, IN, has imposed a gag order on science faculty forbidding their discussion of the theory of intelligent design (ID) in science classrooms, according to Discovery Institute.

Ball State has been the focus of media attention since an extremist atheist group, the Freedom from Religion Foundation, demanded an investigation into whether Ball State physicist Dr. Eric Hedin had informed his students about the theory of ID. Dr. Hedin’s interdisciplinary honors course “Boundaries of Science” included a “Partial Bibliography” listing books favorable to, and others critical of, intelligent design.

Now BSU’s President Jo Ann Gora has declared that ID is a “religious” idea at variance with “the consensus of science scholars” and may not be discussed in science classes, since that would be a violation of “academic integrity.”

“Students and the public are owed a genuine evaluation of the merits of ID, touching as the theory does on ultimate questions of life’s origins,” responded Dr. Stephen Meyer, director of Discovery Institute’s Center for Science & Culture. “However, when scientific discussion is censored by a university, fair-minded evaluation becomes impossible.”

Dr. Meyer is the author of the recent New York Times bestseller Darwin’s Doubt, a rigorous summary of the current state of the argument for intelligent design.

“In the Orwellian world of Ball State’s president, academic freedom apparently means only the ‘freedom’ to support the majority’s view,” said Dr. John West, associate director of the Center for Science & Culture. “This is exactly how the academic ‘consensus’ against the theory of intelligent design is maintained — by intimidation, fiat, and legal threats.”

ID theorists hold that a variety of features observable and testable in living creatures and in the fossil record are best explained as the product of an intelligent cause rather than an unguided process such as natural selection. Dr. Meyer’s book, for example, begins by examining the abrupt origin of complex, diverse animal life in the Cambrian era, 530 million years ago.