The Conference Board Leading Economic Index (LEI) for the U.K. increased 0.2 percent in April, after increasing 0.4 percent in March and 0.6 percent in February. Four of the seven components made positive contributions to the index this month. The index now stands at 103.6 (2004=100).

“The UK LEI continued rising through April, suggesting that the improvement in economic growth so far this year may be sustainable,” says Brian Schaitkin, Economist for Europe with The Conference Board. “Domestic sources, especially improved business confidence, have been the primary drivers of this turnaround.  However, a slowing global economy and continued economic weakness in the Euro Area are important constraints that could negatively impact a recovery.” 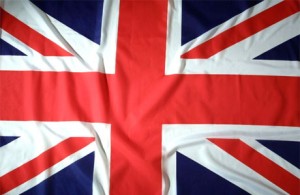 The Conference Board Coincident Economic Index (CEI) for the U.K., a measure of current economic activity, was unchanged in April, after increasing 0.2 percent in both March and February. The index now stands at 104.3 (2004 = 100).

The Conference Board LEI for the U.K. aggregates seven economic indicators that measure activity in the U.K., each of which has proven accurate on its own. Aggregating individual indicators into a composite index filters out so-called “noise” to show underlying trends more clearly.

The seven components of The Conference Board Leading Economic Index (LEI) for the U.K. include:

Plotted back to 1970, this index has successfully signaled turning points in the U.K. business cycles. The Conference Board currently produces leading economic indexes for the Euro Area and nine other countries, including Australia, China, France,Germany, Japan, Korea, Mexico, Spain and the U.S.

To view The Conference Board calendar of 2013 indicator releases: http://www.conference-board.org/data/