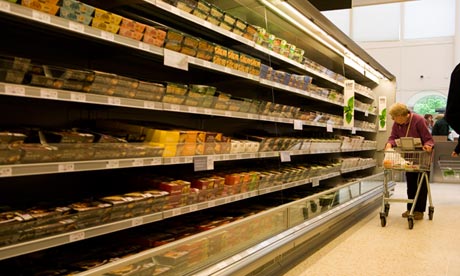 “Although the Index moved down slightly last month, it remained in positive territory,” said Daniel Bachman, Deloitte's senior U.S. economist.  “These slight variations in economic fundamentals month-to-month during a period of economic recovery are not unusual.  In the latest Index, new home prices continued to rise, but the pace of growth is decelerating.   Initial unemployment claims continued to fall, but real wages remain flat.”

“If the government shutdown is short-lived, retailers may not feel a noticeable impact, but if it persists, consumers may pause at the beginning of the holiday season,” said Alison Paul, vice chairman, Deloitte LLP and Retail & Distribution sector leader.  “With many retailers planning early promotions this year, shifts in consumer sentiment will likely test retailers' scenario planning techniques.  They should run multiple scenarios now, so they can be nimble enough to make quick decisions about their promotions and pricing should demand suddenly tick up or down.  Those efforts include analyzing store and online traffic patterns, mining social media for changes in consumer behavior, and taking a closer audit of merchandise to determine what is sitting too long on the shelf and which items are effectively bringing customers through the door.”

Highlights of the Index include:

Initial Unemployment Claims: Claims moved down 9 percent from the same period last year to 330,000 in the most recent month.

: Hourly real wage growth remains slow, hovering at $8.78, which is up 0.1 percent from the previous month and 0.3 percent from last year.

: Real new home prices were down 0.8 percent from the month prior, but moved up 4.3 percent from this time last year to reach approximately $109,000.