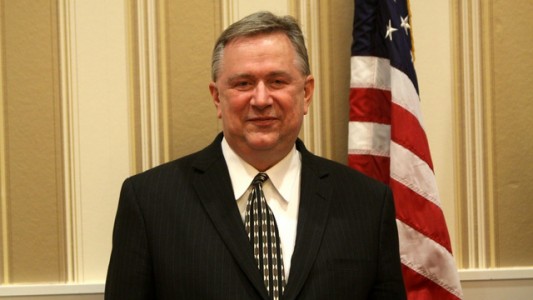 A Lone Star State congressman told Human Events Dec. 9 he filed with the state’s elections office to challenge Sen. John Cornyn III in the GOP primary, based on the results of Oct. 26 Human Events/Gravis poll of the state’s Republican voters.

“I am the generic Tea Party candidate!” said Stockman in an exclusive interview with Human Events.

“When we saw that Senator Cruz’s numbers were better than Cornyn’s by almost two-to-one, we figured all we’d have to do is find all the Cruz people and turn them out,” he said.

His own 15 percent showing makes him feel pretty good, the Michigan native said.

When Cruz opened his campaign for the 2012 Senate race, and he was at 2 percent in the polls, he said. “With the margin of error, he could have been at zero.”

Stockman said he is running against Cornyn because senator, who is the GOP’s number two leader, works against conservatives and other Republicans on Capitol Hill.

A prime example was how he stabbed conservatives in the back during the partial shutdown of the federal government in October when they were trying to save the country from Obamacare, he said.

During the shutdown, Cornyn criticized the conservatives and supported fully funding the Patient Protection and Affordable Care Act, he said.

In July,  Sen. Michael S. Lee (R.-Utah) circulated a letter among other senators addressed to Majority Leader Harry Reid (D.-Nev.) pledging not to vote for any funding for the PPACA, he said.

Stockman said in the beginning Cornyn signed the letter and pledged his support.

“Then Karl Rove told him that Obamacare would be a loser for us, so not only did he take his name off the letter—and he bragged about this—and he convinced two other senators to take their names off the letter, too,” he said.

The congressman said the deadline for the March 24 GOP primary was Dec. 9 and he waited until 5:59 p.m., until he turned…(read more)