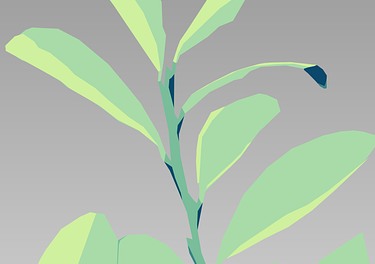 The resurgence of cocaine from Colombia, the U.S. and world’s number one supplier, is the dangerous price of the FARC “Peace Deal,” and the referendum approving the deal is expected to pass in Colombia Sunday, say Robert Weiner, former White House Drug Policy spokesman, and Thekla Truebenbach, policy analyst for Robert Weiner Associates and Solutions for  Change.

In an op-ed just published in The Washington Times, Weiner and Truebenbach assert a dramatic cultivation spike is already underway in Colombia as the U.S. and Colombian governments have been yielding to the FARC for “peace.”  They say that the peace deal reverses the progress and results of “Plan Colombia” negotiated by former White House Drug Czar and Four-Star General Barry McCaffrey with the Colombian government during the Clinton  administration.

In the op-ed, “Purchasing Peace With Cocaine,” online last night and in hard copy today (http://www.washingtontimes.com/news/2016/sep/27/in-columbia-purchasing-peace-with-cocaine/), Weiner and Truebenbach assert, “Ninety-five percent of the cocaine sold on the streets of the United States today comes from Colombia. The White House Office of National Drug Control Policy, the State Department, and the United Nations Office on Drugs and Crime all agree that the cultivation of coca, the plant used for making cocaine, is surging again in  Colombia.”

They continue: “Coca cultivation in Colombia more than doubled between 2012 and 2015, and most of this increased production ultimately ends up here thanks to the violent Columbian drug cartels that control the  trade.”

They contend, “The so-called experts cannot seem to figure out this resurgence, which reverses the decline in production following the implementation in 2000 of a joint U.S.-Colombian effort. It was dubbed “Plan Colombia” and developed by U.S. Gen. Barry McCaffrey, who was then serving as U.S. drug czar, but the reason for the re-emergence is really not a  mystery.”

The writers provide what they see as the answer: “On Oct. 2, the Colombian people will vote on ratification of the so-called FARC peace deal. The Colombian government’s buildup of cooperation with the FARC (Revolutionary Armed Forces of Colombia), the organization overseeing and paying the drug cultivators and producers, plays an important role in the  resurgence.”

They add, “Frankly, so does the Obama administration’s support for the deal. The FARC has been branded by the State Department as a “foreign terrorist organization,” since 1997 and the money to finance FARC activities continues to come through its partnerships with the cartels. Gen. McCaffrey summed up the situation earlier this month when he said to the article’s writers, “The Colombian peace treaty sapped all the energy out of focus on the FARC as a major drug cartel coordinating  body.”

The authors quote Obama. “I think this is an agreement of historic proportions,” President Obama told Colombian PresidentJuan Manuel Santos at a bilateral meeting at the U.N. in New York on Sept. 21. When Mr. Santos visited the White House on Feb. 4, Mr. Obama said, “A country that was on the brink of collapse is now on the brink of peace.” On Aug. 24 Mr. Obama issued a statement of “congratulations” on the deal, but made no reference at all to whether the deal will impact the FARC continuing role in the international drug trade. These statements beg the question of whether both nations actually believe the FARC will give up money from the United States generated by drug production or will use the laxity of the deal to expand its  riches.”

Weiner and Truebenbach explain, “Plan Colombia began after Gen. McCaffrey visited Colombia in 1999. He identified the country’s precarious situation with the FARC fighting a bloody civil war and the drug trafficking out of control. It was obvious that this country, the leading supplier of U.S. cocaine and heroin largely run by FARC terrorists, was on the verge of breaking down and needed support. Former Presidents Bill Clinton and Andres Pastrana agreed on Gen. McCaffrey’s plan for aid. Mr. Clinton told a Cabinet meeting, ‘Barry wants a billion for Colombia’ Mr. Clinton and Congress approved the funding. Since then, nearly $10 billion has been  invested.”

They continue, “The plan was working. FARC leaders were killed, and many soldiers left the guerrilla group. There has been a 50 percent drop in homicides and a 90 percent decrease in kidnappings since 2002. With new stability, Colombia built one of the most flourishing economies in South America while eliminating tons of potential cocaine through aerial and manual eradication of 150,000 acres of coca. Meanwhile, crime and the crack epidemic waned in the U.S. to record  lows.”

“Plan Colombia is no doubt one of the reasons the FARC finally came to the table, but the advances made against the drug trade should not be forgotten in the name of peace. The peace deal aims at ending the fights between the government and the guerrilla movement. Ivan Marquez, a chief FARC negotiator, said: ‘To the government of the United States that for so long supported the state’s war against the guerrillas we ask that it keep supporting, in a transparent way, Colombian efforts to re-establish peace. May this be the last day of the  war.'”

The authors conclude, “A peace deal was long overdue, but both the Colombian and U.S. governments shouldn’t in the process give the FARC free rein to continue profiting on the production and smuggling of cocaine into the United  States.”

“The White House, the Drug Enforcement Administration, State Department and Department of Defense all have means to coordinate with and assist Colombia in fighting drugs. It’s time to recognize the FARC peace deal for what it is — necessary but dangerous — and take steps to avoid the growth of a narco-state in Colombia that could well fuel a drugs-and-crime epidemic inthe United  States.”