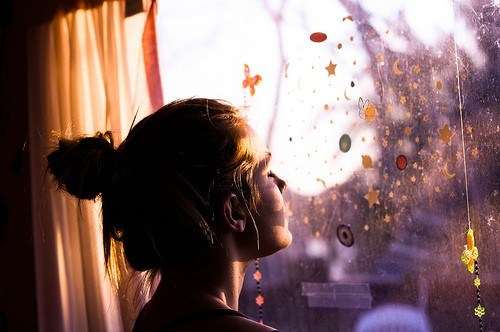 A man walks down a dimly lit street. He is headed to his car after a long day at work.  Looking at his hands he is thinking how much he hates washing dishes. He rubs his thumbs over them as he tries to ease the pain of bleach and hot water. He ponders how nice it is going to feel to be able to put lotion on them.

He hears voices behind him but doesn’t think anything about it as he keeps walking to his car. He slowly starts to realize that the voices are getting louder and quickly getting closer.  He realizes they are running toward him. He turns around in time to see a 2×4 being smashed into his face.

Sitting in her car, a woman is waiting for the light to turn green. She has butterflies in her stomach. She is so excited she can hardly wait to get home and get things ready for dinner with her husband. She is thinking about everything that has lead up to this. As much as she loves taking care of her patients, she is so excited to be able to take this long awaited break. Finally, after years of hard work everything is falling into place.

She is shocked out of her daze by a tapping on her window. She is terrified as she sees a gun and the voice behind the gun yelling. But in her shocked state, she is frozen and unable to move or to breathe. Then she hears a loud noise and everything turns black.

A man sits in his living room with his head in his hands. His mind is swirling with so many things.  Police saying something about a carjacking, a box with a rattle and a card “We’re expecting” scrolled on the front, a bottle of sparkling cider. How could this happen?  Why?  Didn’t they know that she was a doctor who worked with cancer patients, who put off having children of her own to help others? Didn’t they know she was so excited about something she was going to tell him when she got home so he needed to hurry?  Didn’t they know how much he loved her and wanted to be a daddy?

Hearing stories about people who out of anger, jealousy, self-righteousness and/or greed; take another’s life or hurt them and think it is justified is beyond my comprehension.

I am not talking about self -defense here. I am talking about hate.  All crimes that involve hurting another person for whatever reason is a hate-crime.  Being black or gay or a minority in any capacity does not make a crime against you worse than a crime against another.  Hate does not know race, sex, money or sexual preference. It is ugly and it is evil.

We are humans. We are all equal and should be treated by everyone the same. No race is better than any other. We are all part of the human race.

Just because you have money does not make you better than someone without money.  But just because someone has more than you doesn’t make you more righteous. I know generous giving wealthy people and I know greedy selfish poor people.

Our skin color or bank accounts do not make us who we are. It is what is in our hearts that speak the truth to who we are.

Do you look at others like you want people to look at you?

Do you treat others the way you want to be treated?

Being successful is not blaming others for where you are but making a change to be where you want to be.

Being successful is believing in yourself and what you can do and making it happen.

The choice is yours.

April Dye is a Christian wife and mother of two. She loves reading, watching movies, television and spending time with her family. You can follow her on face book at www.facebook.com/April Vestal Dye and www.clardye.blogspot.com.