By the NIA, Special for US Daily Review.

The National Inflation Association today released the results of its national survey of Americans who watched NBC’s coverage of the London Olympic Games. The survey focused on NBC’s multi-platform coverage of the 2012 London Summer Olympics, with NBC delivering over 100 million video streams including 45 million live video streams in just the first 10 days of the Olympics to nearly 10 million U.S. pay-TV subscribers who authenticated their laptops, desktops, iPads, and iPhones. 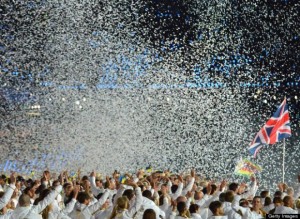 77% of NBC’s Olympic TV Everywhere users recommended to their friends/family members that they also authenticate themselves to use the service.

When asked what motivated them to use NBC’s Olympic TV Everywhere service, the largest response came from 49% of users who wanted to watch the events live before they air on TV.

Apple Safari had the least technical issues with 96.2% of users indicating no technical problems. 3.8% of Apple Safari users complained of choppy video streams

NIA experienced the most success with Google Chrome and had no technical issues using the browser. When NIA used Internet Explorer on the first couple of days of the Olympics, the browser would often crash, but NBC fixed this problem by about the 3rd or 4th day. Firefox mostly worked fine for us, except for the video player within Firefox crashing on a couple of occasions. NIA did not test out Apple Safari on its own.

If NBC used a different type of advertising solution that was designed specifically for TV Everywhere, such as the one developed by Synacor, it is possible that the overall average rating for their NBCOlympics.com TV Everywhere services could have exceeded a 9. Prior to the Olympics, the biggest concern was that users would have trouble authenticating. However, with Synacor’s single sign-on TV Everywhere authentication system being used to authenticate the subscribers of nearly 40 of the approximately 100 pay-TV companies providing access, including 12 of America’s 25 pay-TV companies with the most subscribers, users gave the authentication process an average rating of 9.16.

We will likely look back at the London Olympic Games as being the very beginning of the U.S. multi-platform revolution and TV Everywhere boom. NBC received a large amount of hate postings on Twitter, but they were almost entirely from cord-cutters and cord-shavers who were upset about not being able to access NBC’s online video streams. Clearly, these individuals regret that they canceled their pay-TV service, which is exactly what NBC’s parent company Comcast was trying to achieve. Comcast/NBC is smiling ear to ear about the Twitter #NBCFail postings from Americans outraged about their gall to require a pay-TV subscription.

NBC has proven that TV Everywhere is about to become the hottest new emerging market for U.S. consumers, with Americans set to rapidly embrace TV Everywhere platforms over the next 6-12 months like they first embraced social networking sites in year 2005. NIA expects TV Everywhere to be the most talked about emerging growth market for the remainder of 2012, with investors on Wall Street looking for ways to capitalize at the ground-floor.

Synacor’s General Manager of TV Everywhere before joining the company was Vice President of HBO Broadband where he led the development and launch of HBO GO, the second most widely used TV Everywhere service according to NIA’s survey. It was just announced on Friday that HBO GO has now surpassed Netflix for the longest viewing sessions across all mobile apps. 18.1% of respondents to NIA’s survey said that they are current Netflix subscribers but will consider canceling their Netflix subscription due to their pay-TV company’s brand new TV Everywhere offerings.

Synacor recently developed for one of their clients Charter Communications, the 4th largest cable TV company in the U.S., a TV Everywhere search feature that will also display results for videos found on Netflix, Hulu, and Amazon Videos. Features like this will allow consumers to see for themselves the true value of TV Everywhere and why Netflix is on the path towards becoming irrelevant.

TiVo has now announced their intentions to enter the TV Everywhere space. NIA believes that TiVo recognizes how TV Everywhere will soon make DVRs obsolete. For the time being while Americans still have a need for DVRs, Synacor recently developed and launched for the customers of Charter a new feature that provides the ability to remotely program their DVRs through Charter’s TV Everywhere web portal running off of Synacor’s industry leading TV Everywhere platform.

NBC is showing that it will respond to any fair criticism from viewers. Many of NBC’s authenticated TV Everywhere users complained about NBC not live streaming the opening ceremony of the Olympics. In response, NBC just announced that they will be live streaming the closing ceremony today at 4PMEDT exclusively to pay-TV subscribers who authenticate.

It should be interesting to see if NBC reports next week their total number of authenticated users throughout the full 16 days of the Olympics. NIA also looks forward to hearing from Synacor about the total number of consumers their TV Everywhere solutions authenticated for NBC. Comcast just announced the other day that the Olympics have far surpassed their highest expectations. Synacor wasn’t sure what to expect from the Olympics so they took the most conservative approach possible by excluding revenue from the Olympics in their 3Q guidance, which could mean that Wall Street has very low expectations and the company could have the potential to positively surprise in the near-future.