By the RNLA, Special for US Daily Review. 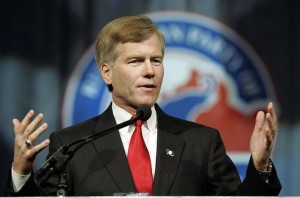 “Governor McDonnell’s signature of this voter ID bill is a step in the right direction for the Commonwealth of Virginia and sends a message that the integrity of each and every vote matters,” said Michael Thielen, executive director of the Republican National Lawyers Association (RNLA). “The RNLA applauds Governor McDonnell for his leadership and support for election reform.”

Thielen added, “The executive order goes above and beyond addressing the concerns of opponents of voter ID, even though it has the support of Democrats, Republicans and Independents. Even liberal Democrats in Rhode Island and former President Jimmy Carter support measures such as this. Should the Obama Department of Justice attack this common sense law much like it has in South Carolina and Texas, it would remove any doubt that Attorney General Eric Holder is anything but an ideologue bent on opposing election reforms irrespective of the law.”

The order does the following: