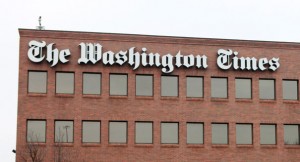 The Washington Times in conjunction with independent political analyst John Zogby and JZ Analytics today launches a new series of 2012 presidential election surveys that will track the primary and general election candidates, issues and public opinion.

The Washington Times/JZ Analytics surveys gauge favorability of Republican candidates throughout the 2012 campaign season based on a spectrum of demographics that includes party affiliation, race and religion–along with union membership, military affiliation, gun ownership, and support of the tea party, Wal-Mart and NASCAR.

Surveys will be released before significant primary voting events through the election in November.

Each poll includes five basic “horse race” questions that tally President Obama’s approval ratings, opinions of the GOP field, and match-ups between the top two or three Republicans and the current president.

“We’re partnering with one of the best in the business in John Zogby. The beneficiaries of the relationship with him and his team in 2012 will be our audiences, both online and print,” said Washington Times Editor, Ed Kelley.

“The combination of The Washington Times news gathering, analysis and an expanding national audience coupled with Mr. Zogby’s considerable expertise is focused on engaging voters and news consumers. Our aim is to enhance the American public’s genuine understanding of the issues and political process through The Times’ digital, print and broadcast platforms,” said Washington Times President, Thomas P. McDevitt.

Zogby is also the best-selling author of The Way We’ll Be, and a frequent lecturer and leading public opinion expert.

The Washington Times LLC is a newspaper and multi-media company headquartered in Washington, D.C. that publishes The Washington Times, Washington Times National Weekly and washingtontimes.com. It has gained a reputation for thorough news coverage, hard-hitting investigative reporting and exacting commentary. The company is also a partner in the fast growing morning radio program, America’s Morning News, heard on over 135 stations across the United States.