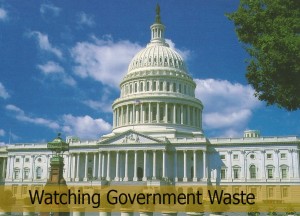 On June 10, 2013 the Senate passed its version of the 2013 Farm Bill, which included a provision to create a new catfish inspection office at the Department of Agriculture’s (USDA) Food Safety and Inspection…

DCGS May Need to be Deep-Sixed
By Sean Kennedy

The Army’s Distributed Common Ground System (DCGS-A), a network-based tool intended to provide real-time access to intelligence, surveillance, and reconnaissance, invokes a strong reaction from both its proponents and detractors. According to Army brass, DCGS-A represents a breakthrough in intelligence…

Beyond its Intended Scope – The Pell Grant Predicament
By PJ Austin

On July 1, 2013, the interest rate for federally subsidized student loans doubled from 3.4 percent to 6.8 percent. Lawmakers left for the July 4 recess without addressing the increase, in part due to differing opinions regarding the extent to which the federal government should subsidize higher education…

E-Rate for Education
By Deborah Collier

Without a doubt, broadband provides the promise of improving every aspect of daily life in America. Job seekers can find employers, shoppers can find great deals and information can be shared through Internet access…

On the increasingly rare occasion that Congress gets around to passing a bill, it is not at all uncommon for the final version to include measures that bear no relation to the legislation’s title or stated intent…

Citizens Against Government Waste is a nonpartisan, nonprofit organization dedicated to eliminating waste, fraud, abuse, and mismanagement in government.