No one from the Democratic Party has said if they want the attention from a group promoting legalizing marijuana, but they are getting none the Now is the time to let your voice be heard on the subject of Marijuana legalization. It is safe to assume that they are trailing the Democrats because that remains their best party vehicle to make their agenda a reality.

The Weed Not Greed Tour will be making its way across the country, according to a statement “and will visit 21 cities in 33 days. They plan to be departing from the Seattle Hempfest and will be present at the Democratic National Convention with their final destination being Washington, DC on September 11th.” 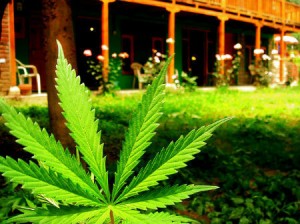 Their aim is to let the “People’s Voices” be heard that “we want Marijuana made legal!”  They will be spreading the word about Cannabis, so that people will understand about Marijuana and not view it as just another illegal drug. It will be the voice for the people who cannot or will not advocate themselves. However, the Weed Not Greed Tour needs support of the people and is still in need of a tour sponsor.

The marijuana legalization tour will travel in a 45-foot moving billboard (tour bus) with advocacy and legalization messages plastered all over it for all to see. Aside from the national landmarks they will be stopping at, each and every time the bus is seen it will be a direct action message that “We the People” want marijuana made legal! There has never been a tour of this magnitude for making Cannabis legal ever.

The Weed Not Greed Tour was inspired by David Kowalsky, the founder of the Cannabis Information Network. He believes that marijuana has legitimate medicinal values and that it should be made legal.

A company official was heard to say, “This will be the biggest tour to make Cannabis legal and will have a memorable effect on the people of the USA.” Word in the office is, “We can help everyone across the US not only understand about marijuana but make it legal with the Weed Not Greed Tour.” Another company official was heard to say, “People need to understand that marijuana does not deserve the bad reputation it has. It is a healing plant of Mother Nature and should be treated as such.”