Children questioned by police in school, though not in formal custody but without doubt in a coercive setting, must be given the Miranda warning reminds attorney Pat Carney.

Mr. Carney, a former New York police officer, is , according to his statement “devoted to the passionate legal representation of individuals’ accused of wrongdoing. The firm is proud to represent a diverse client base ranging from blue-collar workers, to business professionals, to students and young adults.” 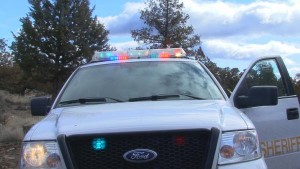 “Police are an increasing presence in schools, a setting where attendance is mandatory and behavior is closely regulated,” said Mr. Carney. “For some children accused of wrongdoing, school is like a police station. Miranda must be given when police are questioning children.”

When a police officer says, “You have the right to remain silent,” the “you” is usually an adult. But what happens when a child suspected of wrongdoing and interrogated? The issues are complex, but the bottom line is clear: Children being questioned in what they experience as a coercive environment must be read their rights.

A case argued before the Supreme Court last year underscored that position. The case involved a 13-year-old North Carolinaboy who was suspected by police in two break-ins. A police department investigator questioned the boy in a school conference room, but he wasn’t read his rights — not because he was a juvenile but because no suspect, regardless of age, is entitled to Miranda rights until he’s in custody.

By adult standards, being questioned at a school doesn’t mean someone is in custody. This boy wasn’t under arrest, the door was unlocked and at one point the police investigator told him he could leave. But common sense suggests that a 13-year-old taken to an office and faced with not only the police but also school officials, as happened in this case, won’t feel free to leave or to refuse to answer their questions. And, as often with adults, a coercive environment in this case produced a confession.

The boy’s lawyer took the case all the way to the Supreme Court. The court ruled in a 5-4 vote that police officers that remove a student from class for questioning about a crime usually must warn him or her of the right to remain silent.

School officials do not have to read Miranda warnings or wait for police officers before they question students about a weapon or contraband on school property — even though such revelations could eventually lead to legal action. School officials first priority must be to ensure the safety of the students entrusted to their care.

Don’t let the next great business opportunity pass you buy. Check out Viz today, and tell them the US Daily Review sent you!