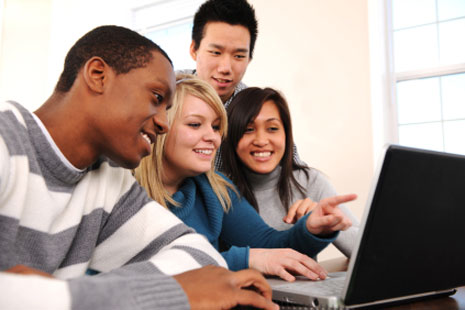 The grassroots team from Generation Opportunity concluded its fourth major organizing tour across the Commonwealth of Virginia, listening to and organizing young people from a wide range of backgrounds and occupations. The team met with college students, young parents, young entrepreneurs, and those working in various trades.

Among the top issues raised by Virginia’s young adults were the poor national economy, rising federal debt, unemployment, and the lack of full-time jobs. They also cited rising gas prices as the reason why it costs more to get to work, get to school, see family, and pay other bills.

“Virginia’s young adults are confident in their own skills and in their capacity to advance any enterprise. Yet, they are very frustrated by a national status quo defined by the lack of economic opportunity, fewer full-time jobs, increased federal spending and debt, and rising gas prices. Not surprisingly, they feel they are paying the price for failed leadership in Washington through their own delayed dreams, postponed careers, and ongoing challenges just to make ends meet,” said Paul T. Conway, president of Generation Opportunity and former Chief of Staff of the U.S. Department of Labor. “Increasingly, young adults across the country are coming to a similar conclusion – in order to get America moving forward, the country needs stronger leadership that mirrors their own level of creativity, intellectual curiosity, and openness to solutions that are created outside of government.”

Over the course of the past year, Generation Opportunity has traveled throughout Virginia including to the Tidewater, Richmond, Northern Virginia, and Charlottesville areas.

Prior to this, the organization had been active on the ground in Virginia in multiple communities including Virginia Beach, Norfolk, Hampton, Williamsburg, Richmond, Charlottesville, Blacksburg, Lexington, Sterling, Centreville, and other areas. Local activities have included discussions with young business leaders and entrepreneurs at events such as the 9th Annual “Que Pasa? Festival,” a celebration of Hispanic Heritage Month for folks in the Richmond area.

Delayed Dreams from a Poor Economy and the Lack of Opportunity:

Generation Opportunity operates on a strategy that combines advanced social media tactics with proven field tactics to reach Americans 18-29. The organization’s social media platforms – “Being American by GO” on Facebook and “The Constitution by GO” on Facebook – have amassed a total fan base of more than 2.4 million. Both pages post links to relevant articles and reports from sources ranging from the federal General Accountability Office (GAO), to The New York Times, The Washington Post, The Brookings Institution, The Wall Street Journal, The Huffington Post, and The Heritage Foundation.