As temperatures heat up, professionals are looking forward to fun in the sun, a new OfficeTeam survey suggests. Flexible schedules (41 percent) and leaving work early on Fridays (28 percent) are the most coveted summer benefits, according to employees polled. The results mirror those from a similar survey of workers conducted in 2009. 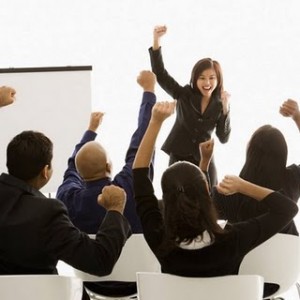 The study also shows employers may be warming up to these perks: Three out of four (75 percent) human resources (HR) managers interviewed said their company offers flexible schedules during the summer, and more than six in 10 (63 percent) noted that workers are allowed to leave early on Fridays.

The joint surveys of workers and HR managers were developed by OfficeTeam, a leading staffing service specializing in the placement of highly skilled administrative professionals, and conducted by an independent research firm. The survey of workers includes responses from 449 working adults 18 years of age or older and employed in office environments. The manager survey includes interviews with 515 HR managers at companies with 20 or more employees.

Workers were asked, “Which of the following summer benefits would you most like to have?” Their responses:

HR managers were asked, “Which, if any, of the following summer benefits are offered at your company?” Their responses*:

“Workers appreciate having more control over their schedules as they juggle personal and professional obligations,” said Robert Hosking, executive director of OfficeTeam. “Organizations that don’t offer summer benefits in some form may be missing out on a way to increase employee morale and retention.”