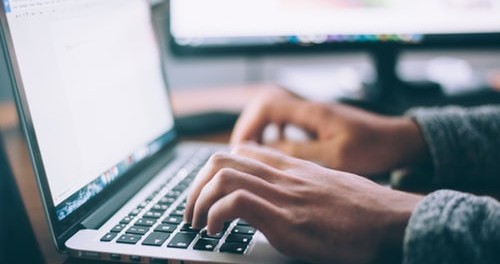 As a business owner, you want to get great results for your company. It’s not good enough to just have some website visitors who opt-in to your newsletter and call it a day. There’s a need to do far more to make collected emails turn to into effective leads that can result in greater sales either that day or further down the line.

Let’s explore A/B testing in general and with email specifically to see how it helps website owners to earn more from their business.

What is A/B Testing?

The concept of A/B testing is to work through two versions of an idea to see which one appeals more to the audience.

It could be two different versions of a landing page with two ads running – each one sending ad clicks to a different lander. From there, detailed analysis confirms which written copy on the lander is proving to be the most effective at securing new paying customers.

It can also be crafting a different email or just a different email title to see which one receives a higher open rate. When you A/B test yoursubject line, the idea is to discover what works best, but it also supports a greater division of email subscribers for different email campaigns based on scoring too.

Testing a Varied Approach Depending on Desktop/Mobile Users

There is the option to alter the approach taken to new visitors depending on the type of device they’re using. This means adjusting the way the page appears for smartphone users and tablet users – which your site might already have incorporated – as well as presenting different copy. For mobile users, the images might be trimmed down or reduced in quantity and the persuasive copy might be suitably shortened too.

Reducing the amount of information that is sent to a mobile device both reduces the loading time and responds to the reality that users likely won’t digest all of it. A brief, more on-point marketing message to mobile users that speaks to their needs has a greater likelihood of soliciting a better response rate.

Using A/B testing to provide full length or abbreviated copy to mobile users will confirm whether less is indeed more with them while not affecting sign up rates (and possibly increasing them).

How Can A/B Testing Help with Email Campaigns?

Companies like SendinBlue are pioneering an improved way of helping websites get email subscribers and then to be more effective once they have secured them.

SendinBlue lets users manage their email lists to test two versions of an email and email subject title. Then it will send the winning email to the remainder of the subscribers on that list. This increases the eventual open rate and increases the possibility that the company will make more money from their latest marketing action. A report is available for that email campaign providing useful insights into how successful the A/B testing was in delivering more interaction with email subscribers too.

Using a process of scoring each subscriber, it’s possible to create multiple lists. Subscribers are not all created equal. Some subscribe after buying a product which means they’re far more likely to purchase another product in the future than someone who’s only visited the website once, stayed for 30 seconds and subscribed to the email newsletter before leaving.

In the above example, a more commercially-targeted email to a previous buyer that promotes different products or services with a stronger emphasis is likely to get a positive response and lead to fewer unsubscribe requests. Sending out the same email to someone who’s never bought anything, visited the site only once and is more curious than anything, is unlikely to create new sales and more likely to cause an unsubscribe action.

In this way, future email marketing is likely to be more profitable because it’s tailored to the interests of the subscribers and balanced in a way that’s not objectionable to them. The lower unsubscribe rate when using scoring to manage email campaigns has the added benefit of not losing permission to contact the person again in the future.

Not every company uses A/B testing on their website or for email subscribers, but they should. It provides an improved way to get more from the total subscribers currently in the list without needing to increase the frequency of emails to achieve more meaningful results. With unsubscribe requests often reduced as a result too, that’s even better news than it seems.