As America thanks those who have worn our country’s uniform this Veterans Day, the Service Employees International Union’s Stand for Security—the nation’s largest security officers union—is releasing a report on working conditions for 230,000 veterans in the mostly low-wage security industry. 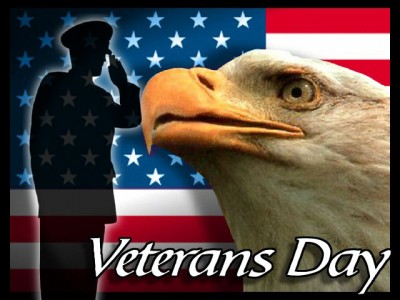 “I live with friends and eat at a soup kitchen,” says Mark Reeves, a veteran of the U.S. Army employed by Cambridge Security inNew Jersey. “I know what veterans go through. People who risk their lives…a good job is the least vets should have.”

Throughout much of the 20th century—whether from World War II, the Korean War, the Vietnam War, or peacetime duty—America’s veterans returned to good jobs, affordable housing, education opportunities, and a chance at a better life. But today’s returning veterans—many of whom have fought in Afghanistan and Iraq—are more likely to face unemployment, homelessness, disability-based discrimination, backlogs or cuts in basic services, and poverty-wage jobs.

The United States has a higher percentage of low-wage workers than any other rich democracy in the world. The vast majority of jobs being created are part-time, with few, if any, benefits.

According to the report, “Underpaid Heroes: What Kind of Jobs Are Veterans Coming Home To?” vets comprise nearly 20 percent—one in five—of all security officers, as opposed to 7.9 percent of the general population. Working conditions in the industry, however, are generally poor. While the rate of fatal workplace injuries to security officers in 2009 was more than twice that of workers in general, the median security-officer wage is just $10.91 per hour. Many workers are forced to rely on public assistance to make ends meet.

Veterans, however, have led the fight to build city-wide security officer unions in 11 cities across the country—improving security industry jobs and pumping millions into the poor and middle class neighborhoods where security officers live. For example, city-wide union contracts over the next three years will inject an additional $44 million into neighborhoods in the San Francisco Bay Area, $32 million in Philadelphia, and $21 million in Chicago.