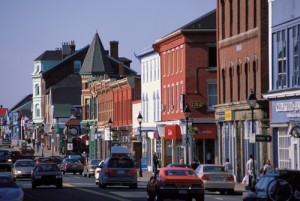 The Administration is boasting the creation of several new jobs, but, what are those jobs coming from?  The chief economist for the National Federation of Independent Business (NFIB), William C. Dunkelberg, commented about this last Friday:

“The Bureau of Labor Statistics announced a drop in the unemployment rate this morning.  Unfortunately, few of these jobs are being created on Main Street.

“For small employers, the net change in employment per firm (seasonally adjusted) was zero (0.0) While that’s an increase over December, it’s hardly a net new jobs winner. Seasonally adjusted, 11 percent of the owners added an average of 3.0 workers per firm over the past few months, and 11 percent reduced employment an average of 2.9 workers per firm. Not to put too fine a point on it, but current employment changes are barely ‘breaking even’.

“Forty-one percent of small-business owners hired or tried to hire, but 31 percent of them reported few or no qualified applicants for positions. The percent of firms reducing employment was the lowest since October of 2006 when it was nine percent, but the percent of those increasing employment was also one of the lowest readings in that period. Firms have stopped firing (initial claims for unemployment are averaging 375,000 per week), but at only 11 percent, they have not resumed hiring enough to make any significant dent in the economic void created by the recession.

“The percent of owners reporting hard to fill job openings rose 3 points to 18 percent, the highest level since June 2008 when it was at 21 percent. This is a good predictor of the unemployment rate and affirms a small decline in the rate.

“The net percent of owners planning to create new jobs fell one point to five percent (seasonally adjusted), the third decline in a row, and not a strong reading. In a decent expansion, this indicator should be in double digits. Unadjusted, 13 percent plan to increase employment and seven percent plan reductions. Translation: minimal job creation overall. From the start of the expansion in July 2009, job creation plans have lagged all other recovery periods, including the ‘jobless recovery’ in 2001 where employment losses were relatively small.

“Overall, the January NFIB survey anticipates a relative weak job creation number with a small decline in the unemployment rate. The indicators are improving, but at a glacial pace. Winter continues.”