By Richard Vigurie, Special for US Daily Review.

What Burke meant in his famous and often misused quote is that each of us must be leaders in opposing evil; so far there have been relatively few leaders opposing President Obama’s endorsement of same sex marriage.

Since the 1960s, the left has been wining the cultural wars.  Those who want to tear down traditional Judeo-Christian moral values have been fully engaged in the battle, but those in leadership positions who should be protecting our culture and the values that are fundamental to its strength have mostly been AWOL. 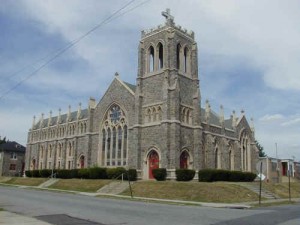 However, one leader who has stepped forward is Cardinal Timothy M. Dolan, president of the U.S. Conference of Catholic Bishops who promptly issued a statement saying Obama undermines the “very cornerstone of society” by supporting “gay marriage.”

Cardinal Dolan, also described Obama’s support for same sex marriage as “deeply saddening.”  He called for prayer and efforts to “promote and protect marriage” in order to “serve the true good of all persons.”

Cardinal Dolan is a leader among the Catholic Bishops, but where are the other Bishops?

Some evangelical and conservative protestant pastors have stepped forward, too.

According to NewsMax, The Rev. Bryant Wright, president of the Southern Baptist Convention, called Obama’s statements “a calculated, politically expedient decision that completely ignores the biblical foundation of marriage.” Tony Perkins, president of the Family Research Council, Bob Vander Plaats, the head of The Family Leader, a conservative faith group focused on politics in Iowa, The Rev. Leith Anderson, president of the National Association of Evangelicals, an umbrella group that represents 45,000 churches in 40 denominations, also expressed opposition to Obama’s support for same sex marriage.

Even Mitt Romney, whose conservative bona fides are justifiably questioned by many conservatives, promptly told Neil Cavuto that, “And as you know, for a long time, I think from the beginning of my political career, I’ve made it very clear that I believe marriage should be a relationship between a man and a woman.”

According to POLITICO, Congressman Todd Akin, said yesterday in a statement that Obama’s support for same-sex marriages showed the president’s “unquenchable desire to tear down the traditional family unit brick by brick” and reiterated his opposition to gay marriage.

The Rev. Richard D. Land, president of the Southern Baptist Convention’s Ethics and Religious Liberty Commission, said in an interview with The New York Times that he was both “saddened and mystified” by the president’s declaration. “When the president comes out in favor of something it has an impact, and that saddens me because I think embracing same-sex marriage would be a terrible mistake for the country.”

These individuals have been leaders, but in many American religious and political organizations, the silence and lack of leadership in opposition to Obama’s support for same sex marriage has been deafening.

If Obama’s willingness to subvert the very foundation of a healthy society, merely to raise money and curry favor with radical homosexuals, isn’t opposed from every pulpit and political campaign platform then those on the left who wish to teardown the family, the foundation of economic and cultural strength, will win.

Silence is evil’s best friend.  The number one need in America today is leaders who will stand for the values and principles that are the foundation of our culture and national strength.

Cardinal Dolan, Rev. Bryant Wright, Tony Perkins, Bob Vander Plaats, Rabbi Josh Yuter, Rev. Leith Anderson, Congressman Todd Aikin, Rev. Richard D. Land and Mitt Romney all recognize that evil is not passive or neutral – it will grow unless it is opposed by those “good men,” and women, Burke recognized as the foundation of a healthy society.

Richard A. Viguerie pioneered political direct mail and has been called “one of the creators of the modern conservative movement” (The Nation) and one of the “conservatives of the century”(Washington Times).  He is the author ofConservatives Betrayed: How George W. Bush and Other Big Government Republicans Hijacked the Conservative Cause.