By GBTA BTT Outlook, Special for US Daily Review.

Economic uncertainty in Europe will dramatically slow the growth of business travel in the United States through the end of the year, according to the latest GBTA BTI Outlook – United States a report from the Global Business Travel Association (GBTA) and sponsored by Visa, Inc.  In addition, ongoing concern in the U.S. economy, including low job growth, falling consumer confidence and retail sales, and slowing corporate profits, have created significant headwinds for business travel in the near term.  Finally, there is increasing evidence that businesses may be entering into a holding pattern as they wait for the economic environment to solidify. 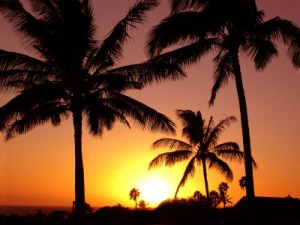 “Earlier this year, we created a number of shock scenarios modeling the potential impact of the European debt crisis on business travel here in the United States[1],” said Michael W. McCormick, GBTA executive director and COO. “In our Moderate Shock Scenario we predicted that a prolonged recession in Europe would result in a flattening of business travel spending in the U.S. Unfortunately, it now seems that this shock scenario is becoming a reality.”

“We’re entering a period of time in which many companies could overact and make significant changes to their travel budgets,” he added. “Our research has shown that businesses that slash their travel budgets end up weakening their competitive position, particularly when the economy improves.”[2]

“Despite projected slowdowns in business travel, there is still reason to be optimistic,” said Tad Fordyce, head of global commercial solutions at Visa Inc. “U.S. travelers increased international tourism spending on their Visa accounts by nine percent in Q1 2012 with Americans increasing travel purchases on their Visa accounts by 31 percent in China. Whether for business or pleasure, Visa supports global travelers with the most widely accepted card in the world and is working with lead banks to provide consistency across card products globally.”

Looking ahead to 2013, GBTA research suggests a slight drop (-0.7%) to 435 million total person trips. On the other hand, business travel spend for 2013 is forecast to grow 4.7% to $268.5 billion. GBTA forecasts 3.6% growth in transient spend, 5.1% growth in group spend, and 7.2% growth in international outbound spend for 2013. However, if the situation in Europe worsens further, the forecast for 2013 will necessarily be downgraded, as detailed in our European Shock Scenario from earlier this year.

Avoiding the Mistakes of the Past

“In a challenging economy, companies may look to cut their travel spending,” continued McCormick. “But GBTA research shows that that is the exact opposite of what they should be doing. In addition to the damage that slashing travel spending will do to a company’s bottom line, cuts to travel budgets could make a bad economic situation significantly worse due to business travel’s impact on the overall economy.”

McCormick concluded: “Beginning in December 2007, we saw companies make difficult decisions with their business travel budgets to the tune of 13% from the $271 billion peak in 2007 – a peak-to-trough decline of $34.7 billion. Companies cannot afford to overreact just because there may be clouds on the horizon. Benching road warriors will only impact sales exactly when companies need to focus on growth. The return on investment for business travel is too good to pass up.”

The GBTA BTI, a proprietary index of business travel activity, for Q1 2012 came in at 116, two points lower than the projected value in GBTA’s last outlook. The slightly lower value has been driven by a more rapid deterioration in Europe, slower growth in Asia, and deepening signs of weakness in the U.S. While the GBTA BTI is four points higher than 2011 Q1, it has been relatively flat since reaching 117 in 2011 Q3.

GBTA is now predicting the GBTA BTI to reach the pre-recession level of 120 by 2013 Q1. The revision to the forecast points to slow growth in business travel through 2013, with the GBTA BTI gaining one point per quarter over the forecast horizon.

The GBTA BTI provides a way to distill market performance and the outlook for business travel into a single metric that can be tracked over time.

International outbound travel will continue to drastically outpace domestic travel. GBTA projects growth of 2.9% in 2012 followed by a more significant rise of 7.2% in 2013. GBTA has continued to pull back its projections as the trouble in Europe has continued.

Business travel to the Far East, particularly China, has been a boon for international outbound travel from the U.S. for the last few years. However, falling economic growth rates in China will likely lead to less trade and hence, fewer trips from the U.S. The projected slowdown in China and the economic challenges in Europe will lead to lower levels of international growth in the near term.

GBTA expects total international outbound trip volume to reach 6.8 million trips in 2012, only 0.4% growth over 2011. Stronger growth is expected in 2013, with 7 million trips projected, which is a 3.7% increase, but represents a full percent drop over earlier GBTA projections.

The GBTA BTI Outlook – United States is free of charge to all GBTA Members (gbta.org/foundation/resourcelibrary). Non-members may purchase the report through the GBTA Foundation at research@gbta.org. Members of the media seeking report details should contact GBTA Communications at pr@gbta.org.

The GBTA BTI Outlook – United States projects aggregate business travel trends over the next eight quarters. The report includes key buy-side metrics such as total business travel volume and spending, plus supply-side projections of changes in costs, across both transient and meetings travel.  GBTA BTI Outlook – United States is the eighth report in the series.  Releases are published on the second Tuesday of each quarter.