The Lone Star State has again locked up the title of the top Magnet State, according to the annual Allied Van Lines Magnet States Report. 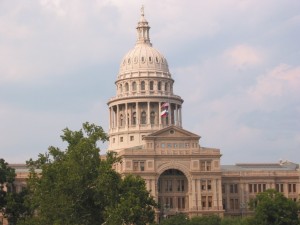 For the ninth year in a row, Texas maintained its dominant status as Most Inbound State on Allied’s report, which uses internal data to track U.S. migration patterns

“Texas has been a strong relocation destination for the last decade,” said Randy Moore, president of All Points Pioneer, an Allied Van Lines agent in the Dallas area.  “We’ve seen newcomers from every area of the country find a home in Texas, whether it’s for the weather, business or retirement.”

California maintained its status as Most Mobile State with just shy of 13,000 moves conducted by Allied Van Lines.  However, more of those moves were out of state in 2013, giving California the biggest change in this year’s list. California, which had moved to the inbound column in 2011 (No. 7 inbound) and 2012 (No. 8 inbound) has again dropped to become the seventh most outbound state, with a net loss of nearly 400 moves in 2013.  Other big drops on the 2013 list include:

Biggest gains for states in 2013 include:

“Overall, Allied’s data illustrates slow and stable growth in the economy,” said Lesli Bertoli, general manager and vice president of Allied Van Lines, Inc.  “We’ve seen a steady rise in the number of moves in recent years, and look to continue that trend in 2014.”

The top five outbound states remain consistent, as they have since 2010.  However, New York jumps to the Most Outbound State position from 5th most outbound in 2011 and 2012.  Rounding out the top five are Illinois, Pennsylvania, Michigan and New Jersey.

Canadians on the Move

Canadian province British Columbia was the only strongly attractive province in the Allied data, and Ontario experienced the largest net loss of moves, making it the number one outbound province.